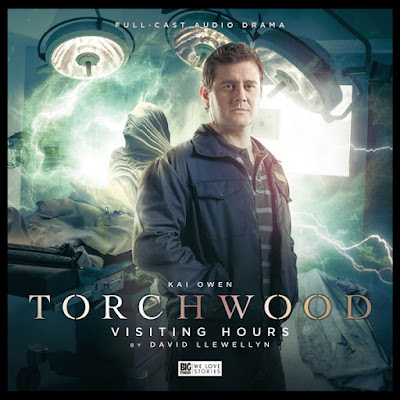 Out this month is Torchwood Visiting Hours which stars Kai Owen as Rhys in a story about strange going on's in a hospital.  You can get this audio adventure from the Big Finish website.
https://www.bigfinish.com/releases/v/visiting-hours-1495

Everyone’s a little worried about St Helen’s Hospital. In many ways it is a miracle of the modern NHS. It has plenty to offer its patients. The problem is that a lot of them keep dying of natural causes in the night. And no-one can find the bodies.

People are beginning to notice. Questions are being asked. And there are rumours – the strange whispering figures seen at the end of the corridors, the electrical buzzing, the screams.

Also, Rhys Williams has come to visit his mother. Brenda’s had her hip done and is looking forward to a bit of rest and regular crumble. Rhys and his mam are in for a night they’ll never forget.