Details for Doctor Who - Empress of Mars 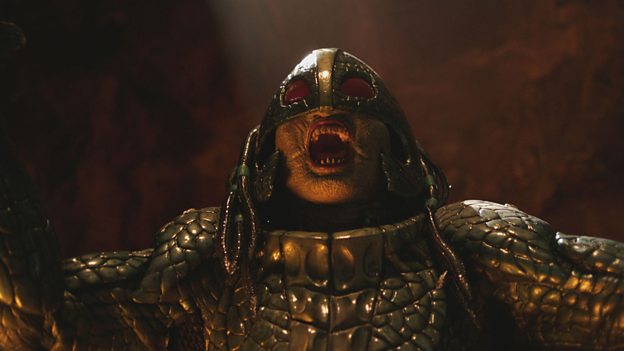 Empress Of Mars.
Written by Mark Gatiss and directed by Wayne Yip.

The Doctor, Bill and Nardole arrive on Mars, and find themselves in an impossible conflict between Ice Warriors… and Victorian soldiers. As the Martian hive awakens around them, the Doctor faces a unique dilemma - this time the humans, not the Ice Warriors are the invaders. When Earth is invading Mars, whose side is he on?

The Doctor is played by Peter Capaldi, Bill by Pearl Mackie and Nardole by Matt Lucas.
Posted by DR5WHO at 7:33 AM

Email ThisBlogThis!Share to TwitterShare to FacebookShare to Pinterest
Labels: doctor who, Doctor Who Series 10, Empress of Mars