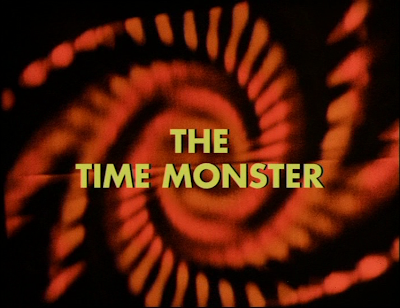 Doctor Who:
The Time Monster
By Robert Sloman

“Welcome! Welcome to your new Master!”

The Master is yet again trying to take over the world and be master of time as well.  This time he is at Newton Institute posing as Professor Thascalos where he has constructed a device called TOMTIT. TOMTIT is a Transmission Of Matter Through Interstitial Time device and the Master is using that to gain control of Kronos a creature that has control of time.  The problem is the creature can be summoned by The Master but he cannot control the creature even when The Master travels back to Atlantis to get the real crystal of Kronos which proves troublesome also.   So it’s up to The Doctor to try and save humanity from The Master and his craziest plan yet. 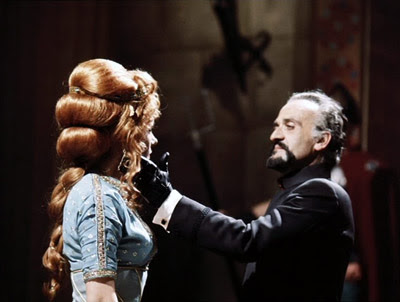 The Time Monster is a story that I don’t hate or like.  It is one of the six part stories that you can either take it or leave it.  The Time Monster does have some fine moments like Benton being changed  to baby,  The Master using soldiers from time to battle UNIT and of course the battle of the TARDIS’s. 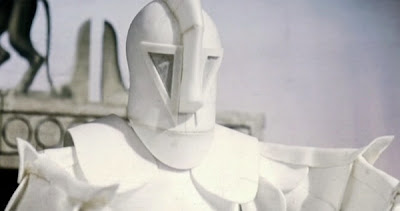 The funniest part of the story is that we find out that The Master and The Doctor are responsible for the destruction of Atlantis.  Yep that age old mystery has been solved and now we know the truth of what happened.  The Master releasing Kronos on Atlantis and loosing complete control is the reason Atlantis was destroyed.  The Master should have come up with a better way to kill The Doctor then instead of destroying the doomed city. 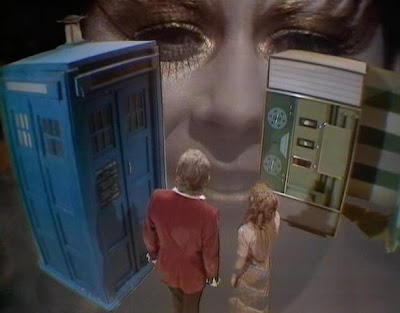 Roger Delgado gives another great performance as The Master.  It is a shame that the actors who came after didn’t try to be more like Roger Delgado.  Instead we get unhinged Masters that are more of a pantomime than an evil genius.  Watching The Master stories from the Jon Pertwee era gives you more of a sense of what the character is and should have been going forth.