Doctor Who - The Myth of The Macra: Looking Back On The Macra Terror By @Blackadder345 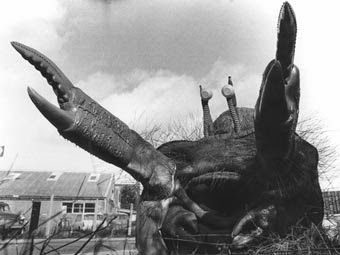 Doctor Who:
The Myth of The Macra:
Looking Back On The Macra Terror
By Will Barber – Taylor

With the slow death of the omnirumour and no further new information of missing episodes coming out it seems that the buzz has finally died down. However that doesn’t mean that we cannot still speculate about missing episodes we would like to see back, one such story being The Macra Terror. The story, broadcast during Season 4 marked one of Patrick Troughton’s first outings as The Doctor. The story was written by Scotsman Ian Stuart Black, producer of Danger Man and father of actress Isobel Black. Black had previously written The Savages and The War Machine for the series. The Macra Terror went under several different titles such as The Spidermen, The Insect-Men and The Macras. 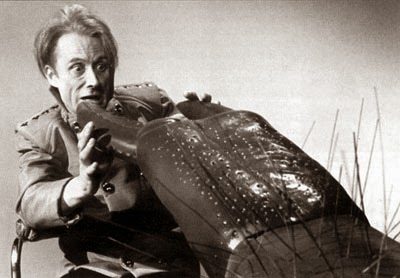 The idea for the story supposedly came when Black was listening to the BBC Radio adaptation of Nineteen Eighty Four broadcast in 1965 and starring Patrick Troughton as Winston Smith. Black felt that what Nineteen Eighty Four lacked were gigantic crabs so he decided to write a political thriller with giant crabs. Why nobody had thought of this before seems the greatest mystery surrounding the story.

Recording start in 1967 with John Davies as director and Gerry Davis and Innes Lloyd in their normal jobs as script editor and producer respectively. Davies had by this point only directed two things, one episode of United!, about the Brentwhich football club and an episode of Thirty Minute Theatre. United!, ironically starred Peter Craze the brother of Michael Craze who had played Ben, The Doctor’s sailor companion since 1966. 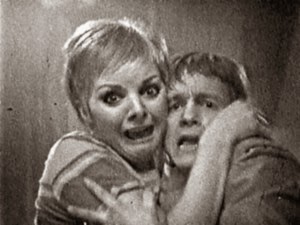 The production went fairly smoothly and became notable for the first use of The Doctor’s face in the title sequence. It was broadcast in four parts from 11 March to 1 April 1967. During its broadcast the story stayed around a healthy eight million, comparable to the broadcast of a modern Doctor Who story today.

Hopefully one day The Macra Terror will return to us, by all accounts it was an excellent story that not only showed off a wonderful cast but also clever, witty and funny writing courtesy of Ian Stuart Black. We can only hope, can’t we Phil?
Posted by DR5WHO at 10:26 AM

Email ThisBlogThis!Share to TwitterShare to FacebookShare to Pinterest
Labels: doctor who, The Macra Terror