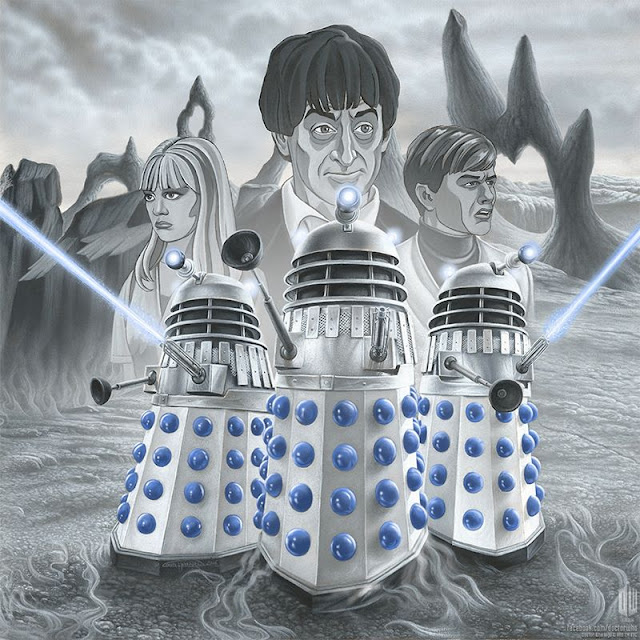 Alternate soundtracks [DVD only]
The option to listen to the story with a series of completely new digital re-masters of the original soundtrack – a stereo mix; a 5.1 surround sound mix and version of the original 1966 mono sound mix.

Animation Test Footage
A compilation of animation tests, created during the production of the new animated series.

Audio Commentaries on all 6 episodes [DVD only]
Members of the original cast and crew are joined by members of the new animation unit to discuss the production of the story and its new animated reconstruction. Moderated by Toby Hadoke. Please note: this commentary also includes archive audio.

Booklet with Production Notes [DVD only]
An extensively researched set of production notes, written by the noted television historian Andrew Pixley, covering the behind the scenes story of how the original production was made.

The Power of the Daleks Animation and Photo Gallery
An extended gallery of images, featuring production photographs from the original 1966 series and artwork from the latest animated production, accompanied by incidental music from the story, which has been digitally re-mastered from the original music production tapes.

The Power of the Daleks Surviving Footage & Original Trailer [BBC Store only]
A compilation of short film fragments and clips from the original 1966 BBC television production - the only surviving footage to remain of the show's original BBC1 run. (If you have the "Lost In Time " DVD Box Set it is on there also)

Original Dalek Voice Session Recording (1966) [DVD only]
Rare and previously unreleased sections from the studio recordings that were made at Maida Vale Studios in 1966 for the Dalek voices.

Servants and Masters - The Making of The Power of the Daleks
A specially prepared documentary directed by John Kelly and featuring interviews with members of the original 1966 cast and crew. 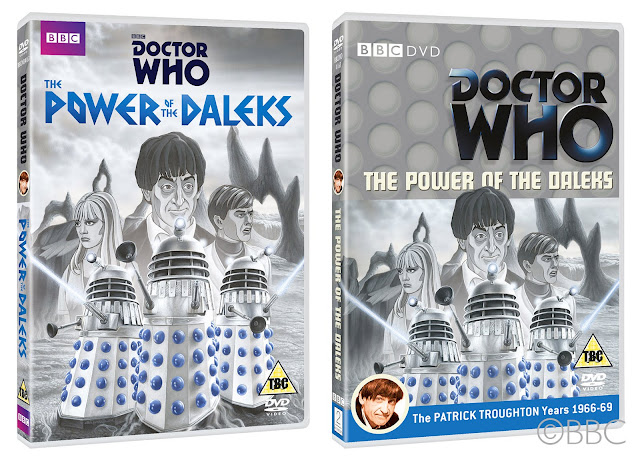