Class - “The Coach with the Dragon Tattoo” Review 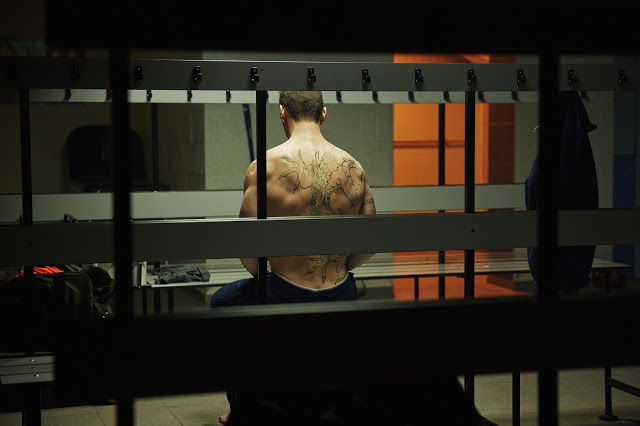 Class:
The Coach with the Dragon Tattoo
By Patrick Ness

Ram is struggling with the events that have befallen him with the death of his girlfriend and the loss of his leg. He’s trying to get used to the new leg and playing soccer at the same time and it isn’t going well as Coach Dawson is on him for his declining performance and drops him to the second team.  Ram also notices that something strange is going on as he has witnessed two school faculty get killed by a strange creature that looks like a dragon.

Tanya, Charlie and April want to help Ram but he keeps pushing them away as he doesn’t want to talk about it.  Until they see the dragon for themselves as it has a striking resemblance to the tattoo on Coach Dawson’s arm and back.  Ms. Quill on the other hand has her hands filled with a reviewer of her class and teaching technics and he isn’t all that he appears to be.  It’s just another day at Coal Hill School with a killer dragon on the loose.

“The Coach with the Dragon Tattoo” is the second episode of Class. It was released for streamimg on the same day as “For Tonight We May Die” and I have to say that “The Coach with the Dragon Tattoo” is a lot better than the series premiere.  It was scarier and a lot more interesting that you actually cared about what would happen next.  I’ll have to say so far Class isn’t for kids and I’m skeptical of the young adult label it has.  With all the blood and violence in this show so far I would be hesitant to let kids watch it.  With that said I do enjoy the gore the show has as it sure isn’t boring with it around. 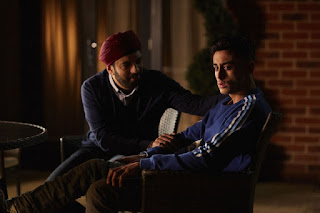 I really liked how they dealt with Ram and his handicap.  They showed that Ram isn’t a quitter and that he is willing to try and make the artificial leg work for his sport of soccer.  It was good to see him struggling at first as it would be a pretty could cop out if he went back and was the star player that he was before.  It was also good to incorporate the coach as the main protagonist as in the first episode he seemed to be quite the tough and hard coach that would be to demanding on his players and now we know the reason behind that.  The dragon tattoo was bonded to him from the breach and it gave Coach Dawson dragon blood which changed his whole demeanor and made him a tougher coach.  This was a good part of the story to see Ram trying to get through to this coach even though his tattoo was killing Coal Hill faculty. 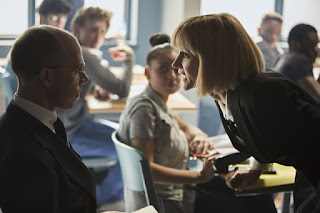 I’m hoping Miss Quill’s character will be developed more in the series as so far she is the most unlikeable character on Class.  She comes across as a tough no filter woman that doesn’t seem to want any part of anything unless is concerns her like with the robot reviewer and what part he plays with the Govoners.  This scenario did add an interesting twist that will be played out during the series but they really need to tone down Miss Quill a bit.

Overall “The Coach with the Dragon Tattoo” was not a bad story at all as it was pretty interesting and the mystery surrounding Coach Dawson kept my interest.  I thought the CGI dragon was ok as the Doctor Who crew has done better.  Definitely s step up from the premiere episode and hopefully they keep up with the scary, the violence and keep building up the characters a lot more.
Grade B

Email ThisBlogThis!Share to TwitterShare to FacebookShare to Pinterest
Labels: Class, The Coach With The Dragon Tattoo