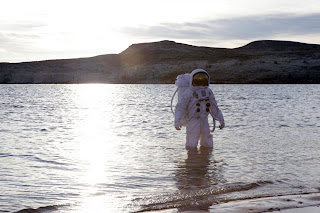 The Impossible Astronaut
by Steven Moffat 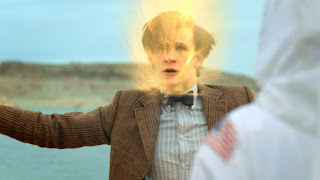 After all the wait and all the trailers the new series of Doctor Who is finally here.  The six series starts of with a bang.  I mean a BIG BANG.


It turns out that the mysterious astronaut in all the promos happens to be the one person to actually kill the Doctor.  I repeat, KILLS THE DOCTOR!  I mean wow.  It was r umored that someone was going to get killed off in the first episode but  you never thought they were serious.  I thought the main storyline for the season was going to be about the Silence but now I'm not sure.  Unless the Doctor's death is resolved in the second part of this story then I believe preventing the Doctor's death will be the main storyline.   The thing that was so clever about this scenario is that the Doctor who dies is 200 years older than the Doctor we have been watching.  The whole thing that makes this complicated is that Amy, Rory and River saw the older Doctor die and are now with the younger Doctor and agree to not tell him what awaits him in the future.  Amy seems to be conflicted with this decision as she believes that the Doctor should be told and apparently will go to lengths to prevent him getting killed. 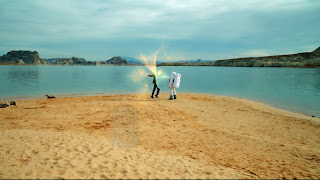 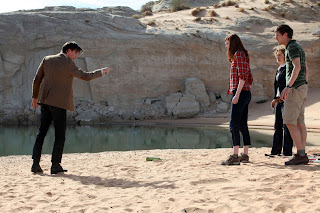 Steven Moffat has crammed in so much into this opening episode that it will make your head spin.  Not only did he introduce the Doctors death dilemma he also adds that Amy is now pregnant.  I'm sure that this development will be cropping up in future stories but wow what else could he be planning.   We also see for the first time the new alien The Silence.  This is one cool enemy for the Doctor to fight.  What intrigues me about them is after you see them they have the power to make you forget that you saw them.  So in theory they wipe your memory.  How cool is that.  I think that The Silence will pose to be a big problem for the Doctor and make for some interesting back story for the season.

I was pretty stoked after watching this story.  As I mentioned earlier this story is darker than we have seen and is alot more serious in tone.  Don't get me wrong there is still silly moments from the Doctor but it has been curtailed from the previous series.  It is now apparent that Matt Smith is 100% comfortable with being the Doctor as his performance was one of the best so far.  In fact all of the acting was pretty well done.  Even that Nixon character was done pretty well. 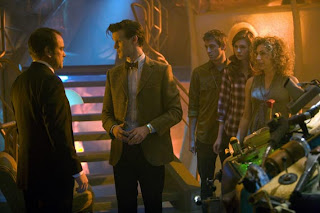 The Impossible Astronaut posed alot of questions that I believe will not be answered right away.  So far those questions have sucked me in as I am intrigued with what is still to come from this series.  I have to say that Steven Moffat has spoon an excellent first story of the season possibly the best so far from the relaunch era of Doctor Who.  The Impossible Astronaut is an excellent start to this season and a classic in the making.  Hopefully the second part Day of the Moon doesn't disappoint and kill the wonderful setup it has.
Grade A