Saturday has been historically the biggest day of the convention.  Attendance wise and panel wise the big stuff happens on Saturday and to a lesser extent Sunday also has some big stuff.  But Saturday is the main day of the 4 days of NYCC and this year it did not disappoint.  The day started off rainy as for the first time in my seven years coming to this convention I walked in the rain.  What was funny was that the convention goers were all outside of the hotels trying to hail a cab.  It wasn’t even raining that hard and the time you would have spent waiting for a cab you could have made the walk to the Javits Center.  That’s why the seasoned convention vet always packs a jacket or an umbrella with them.  Because you never know what will happen with the weather in the Northeast, Silly Padawans.

Because of the weather I took the opportunity to walk through the main hall.  Since the arrival of the masses was slowed by the rain, and who can blame them I wouldn’t want to wait in line in the rain, the main floor wasn’t as crowded and I was able to cruise it at my own pace.  Looking at all the exhibitors and dealers and looking to see if I can find anything to catch my eye or find a comic that I need for my collection.  No such luck there unfortunately.   I did see some really cool displays and did bump into a few WWE Legends.

I mainly did panels today and that also comes with the free gift of waiting in line.  I think I waited in line on Saturday for most of the time I was at the show.  To get into the Batman 75th Anniversary panel I had to wait in line for The Empire stage and had to wait for the Empire Stage room to clear from The Leagues panel which was an experience as I was able to watch it on the monitors set up in the queue.  Once in I had to sit through the Marvel Comics Cup of Joe panel.  I’m not a big Marvel Comics guy so was not really into the panel but I did find it pretty entertaining even if I did not agree with the direction that they are taking the heroes I enjoyed reading in the 80’s .


One of the main highlights of the convention for me was to see the DC Comics 75th Anniversary panel for Batman.  If you did not guess by now this year marks the 75th anniversary of the first appearance of Batman in Detective Comics 27.  DC brought a few Batman writers and artist from the past to present to talk about Batman and what they like most about his character and villains.  The panelists were Geoff Johns, Kevin Conroy, Neal Adams, Greg Capullo, Scott Snyder and Jim Lee.  It was pretty cool listening to these creators talking about Batman and how he got them into comics and how Batman influenced their career descsion into picking writing or drawing comics for a living.  It was also pretty cool to hear the voice of Batman Kevin Conroy talking about how he got the part of Batman and how much his work influenced people and helped keep kids off the street as they would watch his cartoon instead of going out and hanging with the gangs.  He has felt pretty humbled by the stories that he has heard of how the Batman cartoon series has influence people’s lives.  I have to say that the Batman panel was my favorite of the weekend.


My second favorite panel of the weekend was the Doctor Who panel The Legend Continues.  This was a fan run panel that talked about well Doctor Who in general.  They took questions from the audience and it ended up being a pretty good discussion and debate. That is the one good thing about Doctor Who panels is that the discussion is always good and that the questions get you thinking. What was not good was that fans were lining up for at least 3 to 4 hours to get into this panel and there was not a Doctor Who guest at the panel.  It was insane that I had to wait in line for 2 hours to see this panel and to sit through the Comixology panel also.  The thing is they do not clear the rooms after the panel so you can stay in there all day if you want.  I only lucked out to get in cause after the Batman panel I went looking for the panel room and saw the long line.  So I camped out with the other fans and just sat in line and made small talk and that was mainly it.  I guess it just shows how popular Doctor Who has become in the United States and that the fans are really intense and will wait a long time for it.  I don’t think I will do that again but the only positive was talking to the younger fans and getting their feelings on the show. 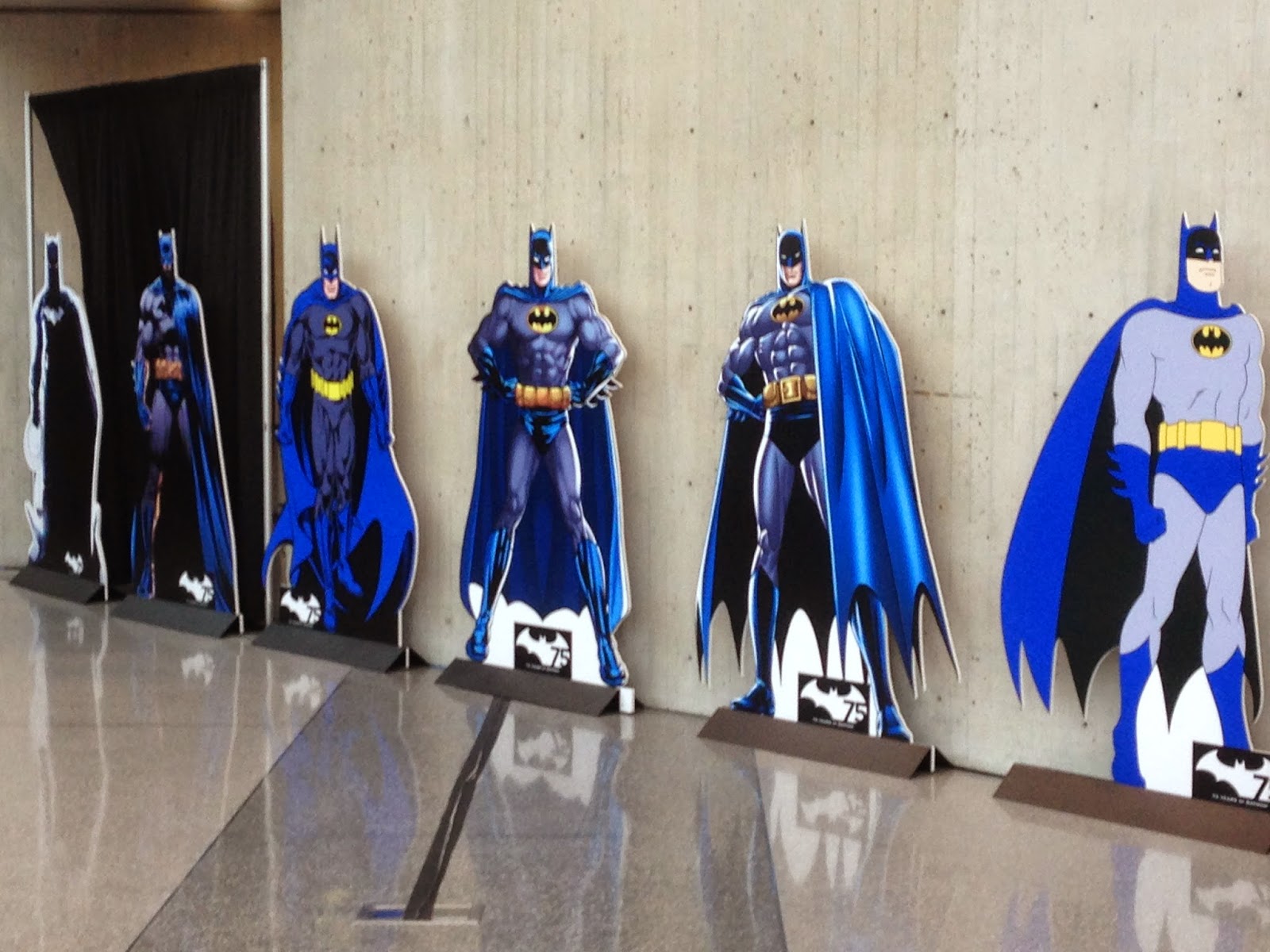