A Good Man Goes To War - Doctor Who Review 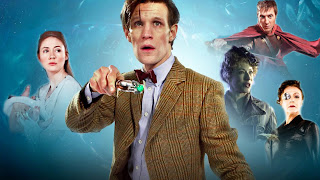 Here we have the mid season finale and finally we will see the set-up for the remainder of the season starting this fall.  We have the usual "everything but the kitchen sink" type episode but can Steven Moffat salvage a good story out of it?

Major Spoiler Warning - You have to experience this first hand by watching it.  Everything will be ruined if you watch it knowing what was going to happen.

Actually everything will be ruined if you watch it. The Story - Amy gives birth but the baby is kidnapped in order to be used as a weapon.  There is a lot of running around and fake things going on.  Nothing is as it seems and nothing is as important as it seems.  River comes in at the end to tell Amy and Rory (not the audience because they figured it out already) that she is their daughter.  The end. 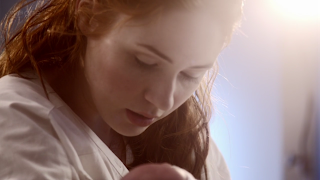 WOA, wait a minute, was that it?  That is only 5 minutes.  What about the rest?  Well, like I said, you can remove 40 minutes of the plot and get the same thing.  This story is anything but a story.  It is just a bridge to the next half of the season and answers who River is in slow motion.  That is it.  The fact that the baby is River is not unexpected but given the past few appearances by River, it makes little sense but hey, it is Doctor Who. 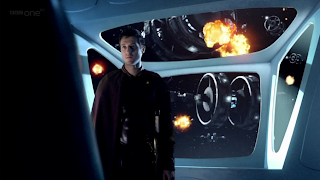 Okay, lets be fair.  There are tons of surprising appearances and returning characters.  That makes it so much better.  What better way to spend 45 minutes than to see three seconds of the pirate captain and his son and those silly space planes from "Victory of the Daleks."  We also see that the Silurian chick from last season is hunting Jack the Ripper and is screwing a human female (to be fair, this wasn't a surprise to anyone, we all knew that was going to happen, didn't we?)

Wait, what about any Moffatisms?  Yes, we had the usual fast paced mutli location and multi time prelude that worked last season and now doesn't.  We have the cloaked headless monks in which the Doctor was disguised as one (Now that was a huge surprise!!!!!  I have never been so surprised before. HA.)  Love when Amy had her facing the camera speech that the Doctor was coming?  Yes, well, it has been done at least 35 times in the past few seasons. 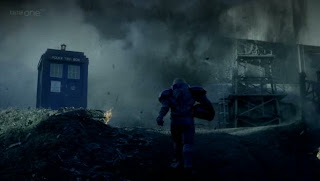 Anything good?  Do I have to?  Okay, some moments between Amy and Rory and their new baby were sweet.  This only lasted until the Doctor showed up and ruined it all.  The Doctor being called out by River Song on being a warrior and not a healer, that was okay. Cybermen?  Yes, they are always good, right?  Yes, except in "Silver Nemesis" and "A Good Man Goes to War."

Back to good things.....  Wait a minute, I almost got it.  Let me think.  Okay, lets go outside the episode.  The teaser for next half of the season.  The skeleton hand and the Sonic Screwdriver.  There is NO WAY that is the Doctor, can it be?  Oh please NO!!!!  Oh, no!  We have seen this so many times before - stop it. 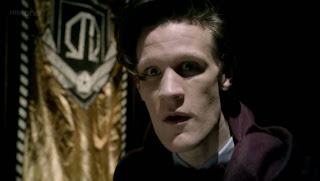 What about that great title for the next episode - "Let's Kill Hitler!!"  Wow, if that wasn't a fitting exclamation mark for this episode, I don't know what was.  You know what, I am going to go watch my previous worst new series episode "The Last of the Time Lords" just to get this memory out of my brain. 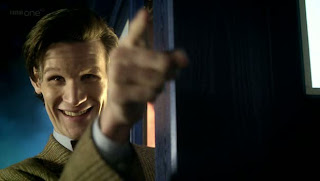 I have been very disappointed with Moffat since he took over.  He doesn't get it.  Sure, he is following the path spewed out by Russell T. Davies but surely Moffat could have done something with it.  Instead we have a mish mash of jumbled scenes with grandstanding moments that make little sense and are supposed to be visually stunning.  The excitement is all artificially created within the episode with speeches and over the top music.  That is not the way to do it.  The audience should be the one that generates the excitement.  Seeing the Doctor saving Amy is the excitement, not Amy's "He is coming" speech nor soldiers fearing the Doctor nor the Doctor's bloated speech not to make him mad. 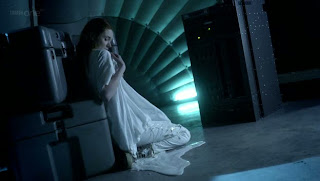 Steven, please get back to simple stories with logical plots.  Plug those into the season going story lines if you'd like and everything will be fine.  You don't need to throw distractions toward the audience, they are not that stupid.

Email ThisBlogThis!Share to TwitterShare to FacebookShare to Pinterest
Labels: Doctor Who: A Good Man Goes To War, episode, really bad, review, Steven Moffat, waste of time, what have you done with steven moffat