Grimm is Given Full Season and Timeslot Change Trial 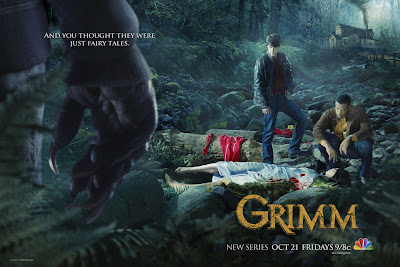 After some good ratings, NBC has given the new horror TV series Grimm 9 more episodes to complete its 22 for the season.  Grimm is on Fridays at 9pm and has fared well despite going up against similar interest series Fringe and Supernatural.  Its doing so well that  NBC has scheduled an episode of Grimm to air on Thursday December 8 at 10pm.  This is just to test the waters and see if the show does well on another day and time.  Another episode is still scheduled to air on Friday December 9 at 9pm.

To catch up with the series don't forget to catch the marathon on the SyFy Channel tonight, Tuesday November 22 starting at 7pm.
Posted by SHADOKP at 12:35 PM