Doctor Who: The Dalek Project Cover and Summary 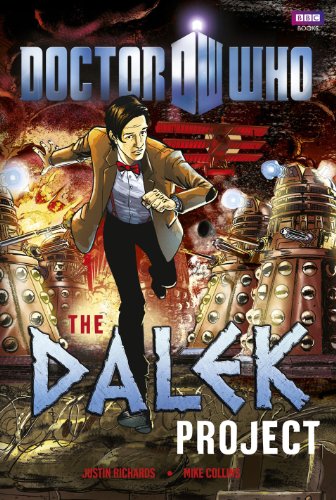 BBC books next Doctor Who graphic novel to be released is the Dalek Project written by Justin Richards and drawn by Mike Collins. Here is the official summary of the graphic novel.


1917: The Great War is at its fiercest and most terrible.


But things are about to get even worse.


Armaments manufacturer Lord Hellcombe has a new secret weapon he believes will win the war.


But when the Doctor witnesses the final demonstration he begins to realize how much danger everyone is in: Lord Hellcombe claims to have invented the Dalek! Except, of course, that nothing is quite what it seems.


Now, the Doctor and his new friends must draw on every type of early 20th century technology and every element of human ingenuity and bravery if they are to discover the truth – and survive – to prevent the entire Western Front of World War One from becoming part of The Dalek Project

If this title and summary looks familiar it is because this was originally suppose to be for David Tennants Doctor but was delayed because it was to familiar to Matt Smith's first season Dalek story "Victory of the Daleks." 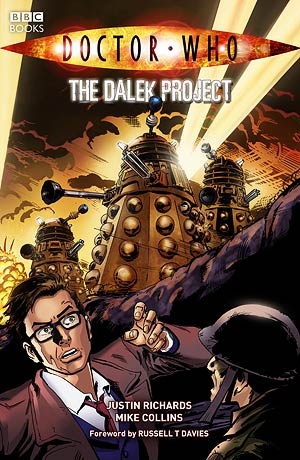