Ed Brubaker To End His Run On Captain America 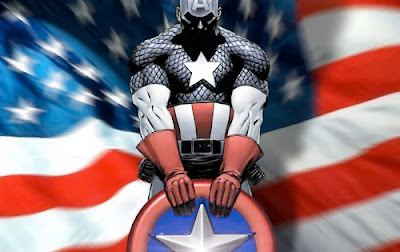 It appears that Ed Brubakers long run on Captain America is coming to an end.  The man who killed Captain America, brought him back, brought Bucky back from the dead and made the comic book relevant again will be remembered as one of the best  and extremely popular runs in Captain America since the 80's.  Here is a snippet from an interview.


By the time this interview comes out, I will have written my last issue… I hit a point with the work-for-hire stuff where I was starting to feel burned out on it. Like my tank is nearing empty on superhero comics, basically. It’s been a great job, and I think I found ways to bring my voice to it, but I have a lot of other things I want to do as a writer, too, so I’m going to try that for a while instead.


This news will hit some people hard but it was destined to come at some point as Marvel has been having a shift of it's long time writers on series leaving their books like Bendis leaving Avengers and Hickman leaving Fantastic Four.  Well I loved the Brubaker era and his run made me a Captain America fan all over again.

You can read the full interview here
http://www.comicsreporter.com/index.php/cr_sunday_interview_ed_brubaker2012summer/