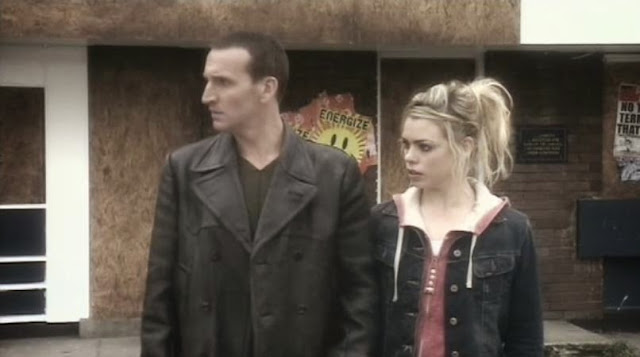 “I did it again. I picked another stupid ape. I should've known. It's not about showing you the universe. It never is. It's about the universe doing something for you.”

Rose asks The Doctor to take her back to November 7th 1987 the day that her Dad died.  She wants to be sure he doesn’t die alone like the way he does in the story that Jackie tells.  At first Rose gets cold feet and she just watches him die and asks The Doctor if she can try again.  Against his better judgment he reluctantly agrees and they go back to that fateful moment. But it doesn’t go as planned. 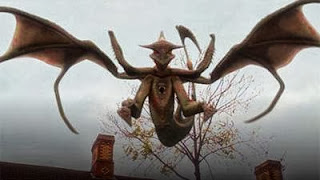 Father’s Day is a rollercoaster of emotions as you are happy that Rose gets to see her father but you know when the Reapers arrive and that car keeps appearing you figure it out pretty quickly that this story will not have a happy ending.   Because to save everything Pete makes the ultimate sacrifice and steps in front of the car killing himself in order to save Rose and everyone else.  What a very emotional scene it was watching Rose saying goodbye to her father after saving him.   You definitely had to feel for Rose getting her dad back to only lose him again but at least she had those moments with him.   That is one of the perils of traveling with The Doctor as Rose would not have had her moment of happiness followed by sadness if she stayed there with Micky at the end of Rose.

I believe Father’s Day is one of if not the best performance Billie Piper had in Doctor Who.  She was able to convey so many emotions in this story that you really believed the joy and pain Rose felt.  Billie Piper did such a fantastic performance that you get to see what the show runners saw in picking her as a companion.  Father’s Day really cemented the new companion as something more than the screaming girl that was put on the show for The Doctor to save.  Thankfully the companions role is something more which they continue to this day and we have Father’s Day to thank for that.

Paul Cornell has written a story that breaks new boundaries for the show with Father’s Day.  We have until this point not seen a story like it and not have seen one since.   It was a bold move and advanced the show into the present day of television storytelling which most people are familiar with as we have seen storytelling like this in Buffy, Supernatural and the like.   Plus The Doctor actually dies in this story something that never happens and it was really weird to see that happen.  Which makes the ending to Father’s Day even more special as The Doctor did not save the day. Father’s Day is an overall classic story that will be heralded for many years to come and survives the test of time as one of the clever and intelligent story in Doctor Who’s long history.
Grade A