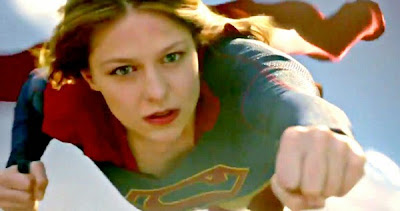 I set out to do this column monthly but there is just too much information going on right now.  We have trailers for two new superhero series starting next season including Supergirl. With The Avengers: Age of Ultron topping 1 billion in the box office, what do we think is going to happen next year with Captain America: Civil War? And has marvel found it's Spider-Man? 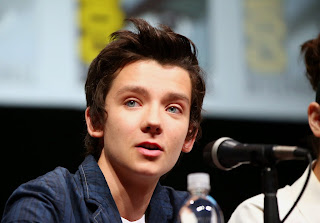 Spider-Man Cast – Just as I was putting this column together the announcement that Asa Butterfield has been cast as Marvel's Spider-Man. Butterfield, best known probably as starring in the sci-fi movie Ender's Game, was rumored to be in the mix in playing Peter Parker in the next phase of the Marvel movies. Spider-Man is said to make his Marvel Universe debut in next year's Captain America: Civil War. I like this casting, if it is true - there does not appear to be an official word yet.


Legends of Tomorrow – So the spin-off of Flash and Arrow is happening next season and, well... here is the trailer!!

This looks good. Perhaps a bit too busy but still looking good. Looks like this is a mid season airing which is good but I would expect they would have to deal with Ray Palmer blowing up part of a building at some point in Arrow. Sounds like he is presumed dead for a time but in reality he is just small. I want to see more of Hawkgirl but overall Greg Berlanti and team have done it again.

DC vs DC – So then there is this trailer

Okay, this reminds me of Smallville and that is a good thing. I don't have a problem with the look of this series. Perhaps a more light-hearted series is just what we need with Flash, Arrow and Gotham as contrast. What is probably not so good news is that this is airing 8pm on Mondays, the same time as Gotham. Batman vs. Superman … well, sort of. Anyhow, not a problem for people to watch one of these on the DVR or on demand but who wins in the battle – Supergirl or Gotham? I think Supergirl will win initially and if it is good, it will do better than Gotham, but if Supergirl is not up to par, expect Gotham to take the lead quickly. There is a superhero in Supergirl. There is a kid who becomes a superhero in Gotham. That is the difference.

2014-2015 season ends - Who Won? In the usual DC vs. Marvel battle on television, we have always had a close battle.  Now that the season is winding down, where do we stand?  All of these shows have been renewed and so we will get to see more of these shows - YES! 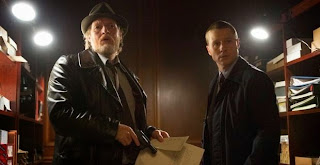 Gotham was very good in my opinion.  It has some good acting and characters.  I do see a lot of spinning of its wheels though as the various bad guys continue to develop and grow into the villains we all know.  Meanwhile Bruce Wayne is also learning but all so slowly.  I have an issue with prequels and while the crime drama element is interesting, the excellent characters are not enough to keep this exciting IMHO.  I will watch it but only after watching Supergirl, which is up against it this fall. 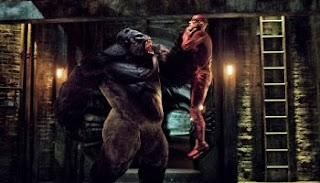 The Flash was also very good.  While I am not a big fan of time travel because of all the writing
problems it could cause, this show has handled it as well as any.  Characters, effects, action and stories have all been top notch.

Arrow is always good.  This season may have been my favorite so far.  The abrupt conclusion or Ra's Al Ghul's plan aside, the series continue to impress.  Still, every character is becoming a superhero and there is always a danger of this but I will see it through.  A rumor that Stephen Amell has called it quits for wearing the Arrow costume seems unlikely. 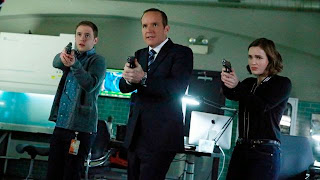 Agents of SHIELD is better and better.  The show is still reeling from its slow season 1 start and I don't know how many people I know who love the Marvel movies who still don't watch this show or heard it is bad.  The show is really excellent right now and ties in perfectly with the Marvel movie universe.  I think the show missed a perfect opportunity to have cameos in the latest Avengers film, but beyond that, the show is excellent.  I love the idea that the Inhumans will probably continue to be a presence in the show and that SHIELD seems to be regaining some of its power it had before Hydra. 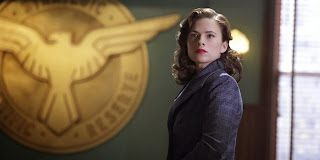 Agent Carter was an excellent diversion and it is good to hear that it is back next season during the winter break. The show was well produced and in some ways better than Agents of SHIELD. Again, it is a prequel so I am not as attached to the show as others but Haley Atwell is terrific and I can't wait to see more of her and the formation of SHIELD.

Daredevil is also going to a second season of Netflix.  I have yet to see all of these episodes but from what I have seen, the show is great.  I am hoping Netflix continues the trend of good series for
superhero related franchises.

So who wins, Marvel or DC?  Tough call.  DC has usually had the upper hand but Marvel has gotten all their ducks in the row lately.  They are all so equal in quality in my opinion that I would say it is a dead tie.

The New Mutants TV Show – Looks like the X-Men are making their way to the small screen in the form of The New Mutants. A new series is in the works that would feature a group of kids from Xavier's School including potentially Cannonball, Karma, Wolfsbane and some of the notables like Professor X, Cyclops and Storm. No word on when this series by FOX will debut but Josh Boone (A Fault in Our Stars) will co-write. 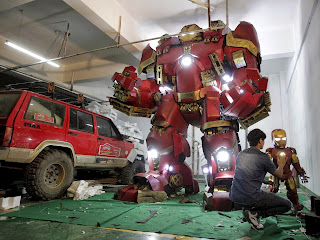 Life-Sized Hulkbuster Armor is scary – a 26 year old man has built a replica of Tony Stark's The Avengers: Age of Ultron. This thing is in his garage.
Hulkbuster armor from 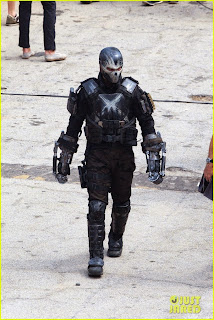 Captain America: Civil War – beside the kitchen sink, this movie might have everyone in it – Spider-Man, Black Widow, Scarlet Witch, The Vision, Iron Man, Hawkeye, Agent 13 (Sharon Carter), Bucky Barnes, Falcon, Black Panther, Crossbones, War Machine, General Ross, Ant-Man and now a rumor that the Hulk might make an appearance. That is a lot. Oh, yea, Captain America might be in it as well. Here are some on location photos of the filming.

What we might get out of this is that there is a funeral of some sorts.  I thought it might be Peggy Carter but I guess there are some other characters that die in the Civil War comic.  We also see some new costume designs for Crossbones and Falcon as well as the neat fact that Chris Evans will pass water out to the extras! 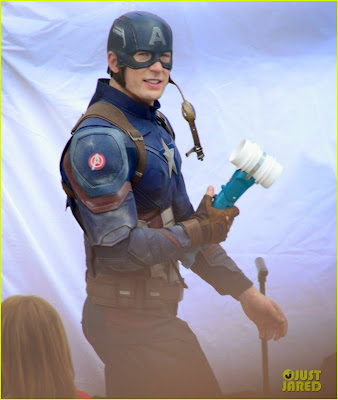 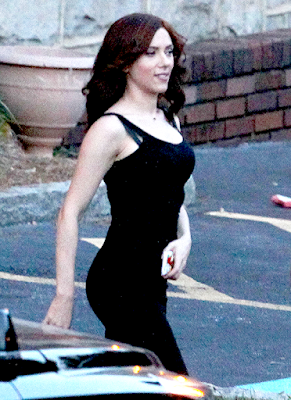 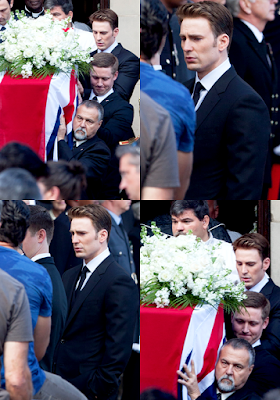 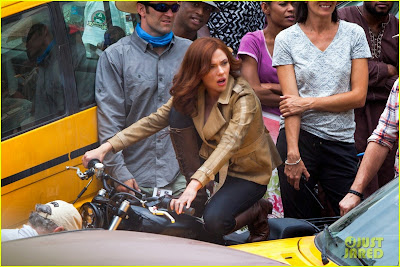 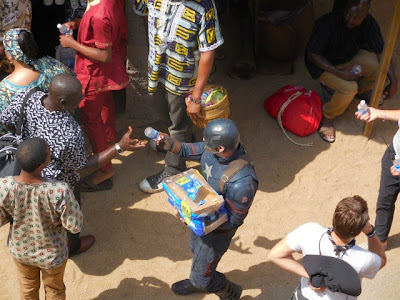