Doctor Who - Steven Moffat Signs Up For Series 10 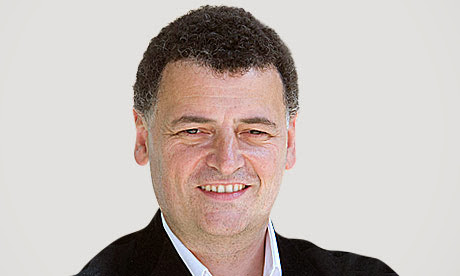 It has being making the rounds this weekend that Steven Moffat has signed on to be the show runner for Series 10 of Doctor Who.  There have been two interviews that he has made the statement that he will be back for another series.  He said it in this quote at the end of an interview with the Wales Online.

“Having just signed up for another year of Doctor Who, and with the ongoing success of Sherlock, Moffat’s place in the Tardis of broadcasting in Wales looks secure. And for that, we really can be very grateful.”


He also said the same thing this past Thursday in NYC at a fan event which may be the same place the Wales Online pickup on this news.  If anything it looks like we have Steven Moffat for at least one more series after series 9 airs.