Details on Doctor Who - Cold Fusion 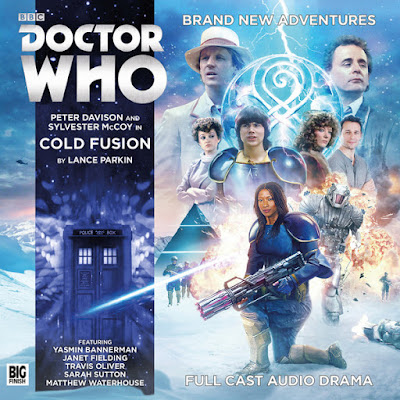 Out this month is the first of two novel adaptions and another adventure directed by Jamie Anderson. This adventure also sees the meeting of two Doctors as the 5th and 7th meet up to take on adversary from The Doctor's past.  You can order this from the Big Finish website.
https://www.bigfinish.com/releases/v/cold-fusion-1232

A newly regenerated Fifth Doctor arrives on an occupied ice planet – where the Seventh Doctor is investigating dangerous energy experiments conducted by the Earth Empire. But events spin out of control when a refugee from the distant past arrives - Patience, the Doctor's Wife!


Executive Producers Jason Haigh-Ellery and Nicholas Briggs
Posted by DR5WHO at 8:43 AM