It has been quite a while for this column and I have tons of things building up to talk about but I want to basically go with just a couple of things this time out. But first.... 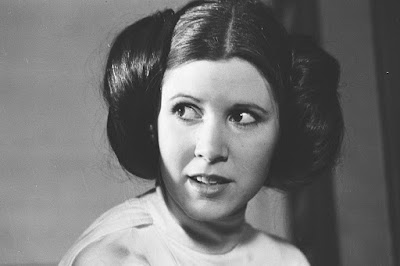 Carrie Fisher - For the past few months we have been hearing about how bad 2016 has been for celebrity deaths and with everyone thinking about this and focused on this, every time someone dies we hear about it and hate 2016 even more.  Yes, it has been bad but with the news that Carrie Fisher has passed away, it reaches a horrible level of bad that we could only have imagined in our greatest nightmares.  Carrie Fisher was an incredible woman with her outspoken personality and influence. She portrayed Princess Leia in Star Wars and that character was a strong female that would have a immeasurable influence on society.

When these celebrities leave us, it feels that part of our childhood is gone forever.  These people influenced us when we were younger.  They were our idols or heroes.  They are bigger than life and when this happens it is devastating.  Her legacy not only in Star Wars but as a personality will be remembered.  Our thoughts and prayers to family and friends. 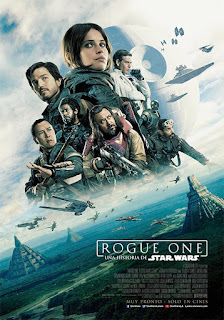 Rogue One - A Star Wars Story - was excellent.  This is exactly how I thought the Star Wars universe should have been treated from early on with stories of other characters and certainly they could have played that path with this film and had sequels with these Rogue One characters in other adventures happening at the same time as The Empire Strikes Back and Return of the Jedi.  Still, they decided not to do this and that is fine.  The story was good.  Being a prequel is always tough but especially for fans, this is the perfect filler for before A New Hope.  Apparently there are still people out there that don't like having a female lead in "their" Star Wars film. There was also a move from the Alt-Right to boycott the film.

How did that go for you?

Movies for 2017 - This is a huge year for movies coming up.  Not only do we have a ton of superhero movies but lots of Sci-Fi and genre films as well including Power Rangers, It, Pirates of the Caribbean, Kong: Skull Island, Transformers, The Dark Tower, Beauty and the Beast, Resident Evil, The Mummy, Star Wars 8, Alien Covenant, Kingsman, Underworld, Jumanji, Ghost in the Shell, War of the Planet for the Apes, The Space Between Us, Valerian and the City of a Thousand Planets and Blade Runner 2049.  A few of these look good and a few look excellent.  Beyond the superhero films also coming out and Star Wars, the one I am looking forward to the most has to be Blade Runner 2049.  I am always fearful that sequels will ruin characters and really fall short (Alien 3 for example) but at this point there is nothing to lose and why not see if Ridley Scott can capture even just a little of that magic of the original.

Curious - should be good!!

Blood Machines - I stumbled across this the other day.  It is a Kickstarter for a project by the Seth Ickerman pair who are french brothers trying to break into the movie making business.  After seeing their work you will agree that they have massive amounts of talent.  Their music video Turbo Killer is amazing.