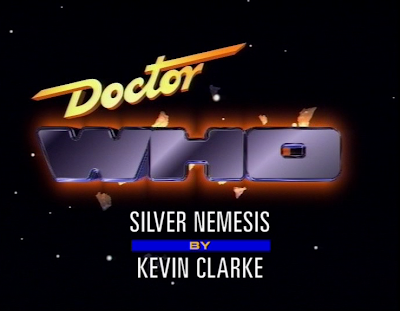 "Professor? Doctor? Who are you?"


The Doctor (Sylvester McCoy) and Ace (Sophie Aldred) return to Earth in 1988 as a mysterious asteroid is about to crash land. Three opposing forces begin to converge on the landing site: a squad of Cybermen and their Cyber Leader (David Banks), a group of Nazis led by de Flores (Anton Diffring), and the 17th Century sorceress Lady Peinforte (Fiona Walker) and her faithful servant Richard (Gerard Murphy), who all seek to claim the fabled Nemesis statue created by Rassilon to realise their own evil ambitions. 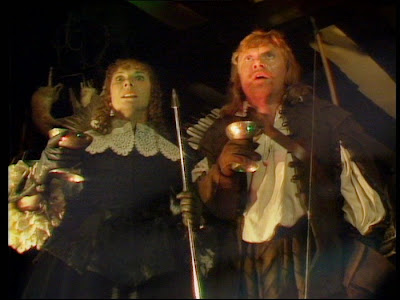 The statue is made up of three pieces, which include a bow, the arrow, and the main body of the statue itself. In order for the statue to become active all three pieces have to be placed together. The pieces of the statue were separated in 1638, when the Doctor launched the statue into space inside rocked powered asteroid to prevent Lady Peinforte from capturing it. The asteroid has continued to pass by the Earth every twenty five years, each time heralding a great disaster, until this moment when it finally crash lands in 1988 near Windsor Castle. 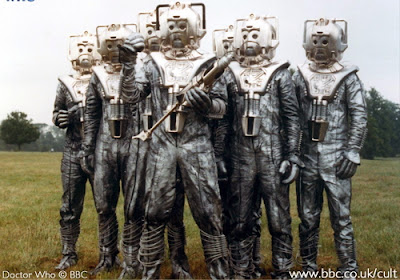 Lady Peinforte still has the arrow, and she casts a spell to transport her and Richard into the present to find the Nemesis statue. The bow has become the property of De Flores, who intends to use his troops to secure the statue for his own plans. The Cybermen have amassed a fleet in space, they also seek to possess the power of the Nemesis statue, and have encountered Lady Peinforte before. 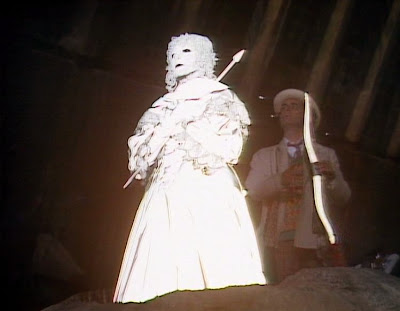 The Doctor intends to set each faction against each other and prevent them from reuniting the pieces of the stature. While de Flores foolishly tries to forge an alliance with the Cybermen, the villainous Lady Peinforte intends to uses her knowledge of the Doctor and his people to her advantage, while Ace fights the Cybermen by using a catapult to fire gold coins into their chest plates.  At one point the Doctor appears to surrender the Nemesis to the Cybermen, but this turns out to be a ploy by the Doctor to defeat them, as the deranged Lady Peinforte bonds with the Nemesis statue which then takes off and destroys the entire Cyber Feet! 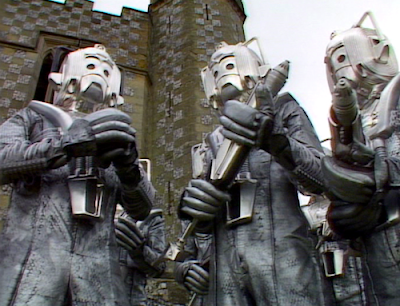 Silver Nemesis (1988) is the official Twenty Fifth Anniversary story for Doctor Who, and was the penultimate story from Sylvester McCoy’s second season as the Doctor. There are several great ideas that writer Kevin Clarke tries to develop in Silver Nemesis, most notably with the statue made of the living metal Validium and how it comes from a dark period in the Doctor’s past. Sadly after a very promising first episode, all that potential is thrown away as the plot turns into a muddled mess, with all the opposing factions running around in circles as the Doctor and Ace try to keep everyone from getting their hands on the Nemesis statue. 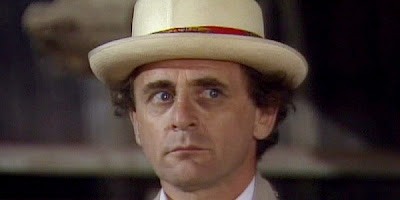 Fiona Walker and Gerard Murphy are both very good as Peinforte and Richard, and they do at least provide some comic relief when the plot begins to spiral out of control. In fact the entire notion that Lady Peinforte has met the Doctor and the Cybermen before is really intriguing. She claims to have knowledge about the Doctor, hinting about great secrets from his past, and it’s a great shame that all this intrigue gets lost in all the pyrotechnics and madcap action. Anton Diffring is also totally wasted as De Flores, he is completely overshadowed by Pinforte, and the Cybermen quickly see through his attempt to deceive them. 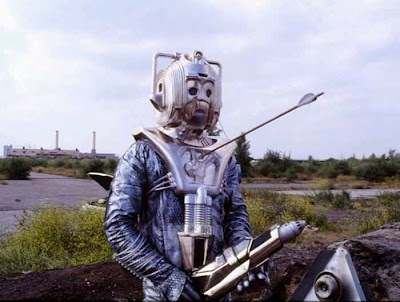 Which brings us to the Cybermen, who have been given a shiny silver makeover for this story. They look fantastic; their masks now gleaming with a brand new silver look, but for all their advanced weaponry they can’t shoot for toffee. David Banks returns as the Cyber Leader and does his best with a severely underwritten role. In fact the Cybermen are a shadow of their former selves in Silver Nemesis, they spend most of them time just standing around, and their weakness to gold is taken to ridiculous extremes as nearly everyone seems to uses it against them. When the Doctor used Adric’s badge to kill the Cyber Leader in Earthshock (1982) he had to grind the gold edge of the badge into the Cyber Leaders chest unit, while the Leader desperately struggled and fired his gun, but here they are taken out with gold tipped arrows, handfuls of gold dust, and even gold coins! The Cybermen also have a Cyberman with gold detector that sends them all into a panic at the merest hint of gold, so how do all these people and their gold weapons even get close to them? It’s quite sad to see the Cybermen portrayed so badly as this, even the tense final scenes in the hanger are spoiled by poor special effects. 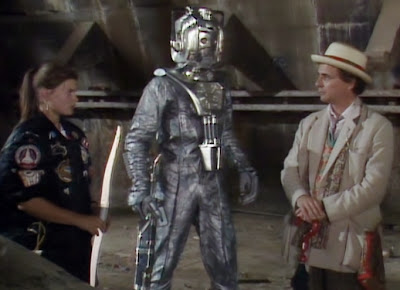 Not even Sylvester McCoy and Sophie Aldred can do much with the weak script. It would have been better if Silver Nemesis had just been about one enemy, but with so many villains running around it all turns into a bit of mess. Throw in some nonsense with an American tourist, a very silly scene where the Doctor and Ace nearly meet the Queen, and the convoluted plot and I’m sad to say that there is very little to recommend about Silver Nemesis.
Posted by DR5WHO at 9:08 AM