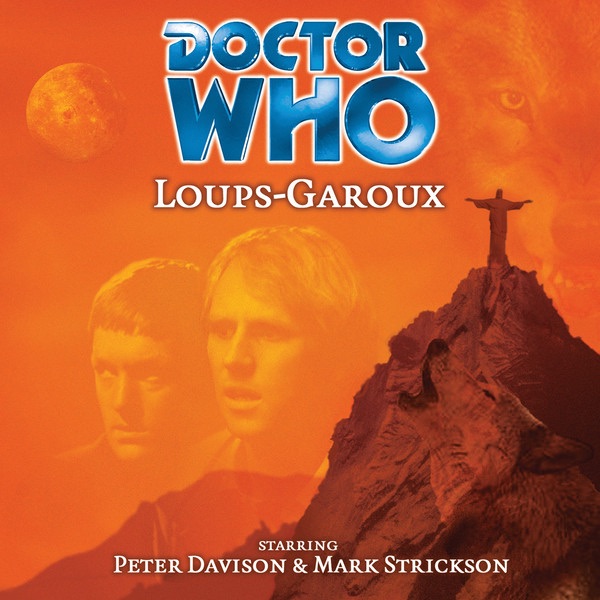 There is something to be said for not particularly liking a companion in the Classic series, only to have a change of heart upon hearing them in a Big Finish audio. Let me explain. I did not like the companion Turlough when he first came aboard the TARDIS. Granted, he was trying to sabotage the Old Girl under direction of the Black Guardian and was planning to kill the Doctor. However, even after the Fifth Doctor forgave him and welcomed him on board, I still couldn’t warm up to him. Saying this, my opinion of that ginger companion is starting to change. I recently listened to the Big Finish audio Loups-Garoux with the Fifth Doctor and Turlough. This story occurs after Tegan leaves the TARDIS in the episode "Resurrection of the Daleks", leaving Turlough as the only companion traveling with the Doctor. I don’t know if events in "Resurrection of the Daleks and/or Tegan’s departure had any effect on him but Turlough’s attitude seemed less harsh in this story. Turlough’s concern for the Doctor’s life and even another character is quite a change for him.
The beginning of the story sets up the mystery with a wolf, the merchant‘s daughter - Ileana de Santos and a young Native American named Rosa, who keeps a diary. All three of these characters are mysterious and have enough secrets to fill a room. Just after hearing the familiar noise of the TARDIS landing, we soon discover that the Fifth Doctor has promised Turlough a holiday of fun in sunny Rio during Carnival season. But like all holidays that start from the TARDIS, things quickly go downhill.
I like the use of telepathy and a type of physical perception filters used by the Loups-Garoux. Since the Doctor is from a highly telepathic species, he is able to see past these cloaks, leaving his companion at a disadvantage when dealing with them. We find out soon enough who the Loups-Garoux are but are left with a mystery about Rosa. This only deepens at the conclusion since it leaves her character open to interpretation. Some people may not like this, preferring to have a concrete explanation, but I enjoyed making my own conclusions about her. If you are a fan of Tooth and Claw, you will enjoy this tale of werewolves and Indian mythology with the Doctor and his ginger companion.
Posted by Anonymous at 3:30 PM