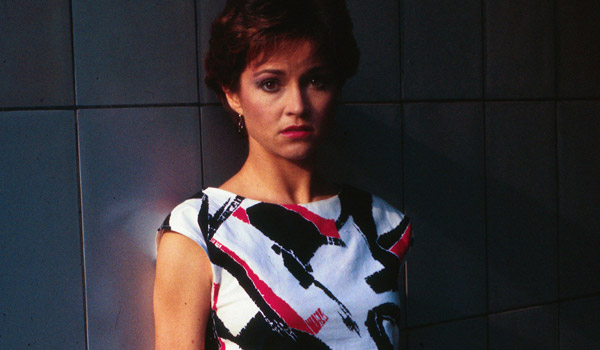 Janet Fielding and Derrick Sherwin have been added to LI Who 3 convention that will be taking place on November 13th to the 15th. The guest list keeps growing and this years show is shaping up to be a fun one. You can order tickets at the LI Who webite.
http://longislanddoctorwho.com/

L.I. Who 3 Is Proud To Announce It’s Guest Of Honour Derrick Sherwin Is Coming To L.I. Who 3 In His First East Coast Appearance.

L.I. Who 3 is proud to announce it’s Guest of Honour Derrick Sherwin is coming to L.I. Who 3 in his first east coast appearance. Derrick G. Sherwin was script editor of Doctor Who from “The Web of Fear” to “The Mind Robber”. He was then producer from “The War Games” to “Spearhead from Space”, overseeing the transition from Patrick Troughton's Second Doctor to Jon Pertwee's Third Doctor, the production's conversion from monochrome to colour, and the re-tooling of the series to a one of Earth-bound, present-day adventures.

Sherwin is also an actor, with a several roles on television in the 1950s and 1960s. He made a cameo appearance in Spearhead from Space as a UNIT commissionaire.

L.I. Who Is Happy To Have Janet Fielding Joining Us For L.I. Who 3 In Her first NY Appearance.

L.I. Who is happy to have Janet Fielding joining us for L.I. Who 3 in her first NY appearance. Janet Fielding enjoyed popularity as bombastic Australian air hostess Tegan Jovanka in Tom Baker’s final Doctor Who serial (“Logopolis”)and alongside Peter Davison for nearly two and a half years of his tenure.  Originally from Brisbane, Australia, Fielding worked in UK television until her retirement from acting in 1991, becoming an advocate for women in film and television and a theatrical agent.  After an initial reticence to return to her famous Doctor Who role, she finally reprised the role of Tegan alongside her co-stars in 2006 in Big Finish’s audio drama “The Gathering” and has been a regular on Big Finish productions since.

Janet Fielding can be found on Twitter as @jfmouthonlegs
Posted by DR5WHO at 5:00 AM

Email ThisBlogThis!Share to TwitterShare to FacebookShare to Pinterest
Labels: Derrick Sherwin, doctor who, Janet Fielding, LI Who, LI Who 3