Doctor Who - Reece Shearsmith To Guest Star In Series 9 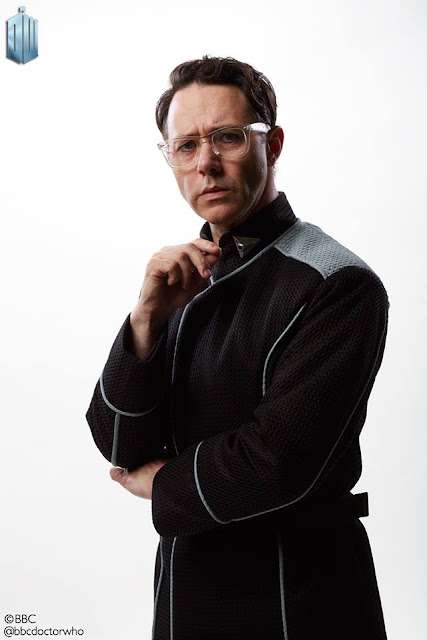 The man who played the 2nd Doctor in the anniversary special An Adventure in Space and Time will be guest starring in the Mark Gatiss story for series 9 of Doctor Who.  Below is the full press release.

Actor, comedian and award winning writer Reece Shearsmith joins Peter Capaldi (the Doctor) and Jenna Coleman (Clara Oswald) as he takes-up a guest role in a special episode of Doctor Who, returning to BBC One this September.

Reece has previously played Patrick Troughton in a docu-drama about the conception and making of Doctor Who, An Adventure In Space And Time, and returns to Cardiff for a part in an adventure written by Mark Gatiss, directed by Justin Molotnikov and produced by Nikki Wilson.

Most famously known for his work as part of The League Of Gentlemen, along with fellow performers Steve Pemberton, Mark Gatiss and co-writer Jeremy Dyson, Reece comments on his casting for the hit show:

“I am absolutely thrilled to be filming Doctor Who, as Mark Gatiss has written a fantastic role for me in a very scary episode. It has been so exciting to be part of a very singular episode - which, I can say with authority will be unlike any previous episode of Doctor Who. It’s a joy to play a part in the show - certainly a badge of honour.”

Mark Gatiss, writer of the episode, adds: “I’m delighted to be writing again for Peter and Jenna’s brilliant TARDIS team and very excited about this particular story. It’s been brewing in the dark recesses of my mind for a while now! I’m also chuffed to bits to finally welcome my old friend Reece Shearsmith onto the show. He’s been badgering me for ten years!”

Doctor Who has had a decade of success and is one BBC One’s most highly regarded shows. The much-loved brand is already a phenomenon delivering on a global scale, with the last series' (series 8) consolidated average at 7.4 million.

Doctor Who series 9 is shot in Cardiff at BBC Wales Roath Lock studios and is a BBC Cymru Wales production for BBC One.
Posted by DR5WHO at 9:39 AM

Email ThisBlogThis!Share to TwitterShare to FacebookShare to Pinterest
Labels: doctor who, Doctor Who Series 9, Reece Shearsmith