Doctor Who - The Reign of Terror DVD Review by @Paul_Bowler 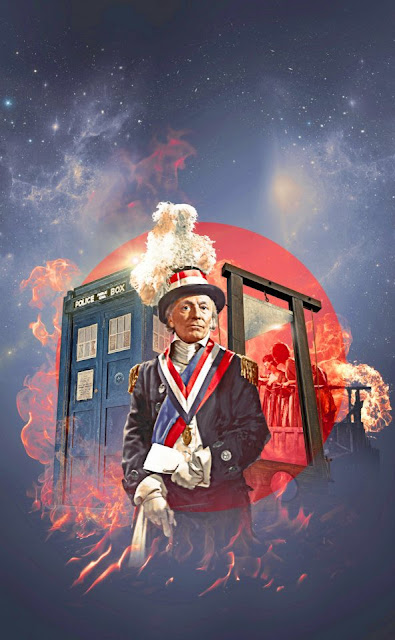 Dr Who: The Reign of Terror
DVD Review by Paul Bowler

The TARDIS arrives in a field near Paris during The French Revolution. Soon the time travellers find an old farm house where aristocrats Rouvray (Laidlaw Dalling) and d’Argenson (Neville Smith) are seeking help from a secret group that has been saving people from the guillotine and helping them escape to England. When they are discovered by Revolutionary soldiers, the Doctor (William Hartnell) becomes trapped in the burning house, Ian (William Russell) is captured and imprisoned, and Barbara (Jacqueline Hill) and Susan (Carol Anne Ford) are sent to the guillotine. 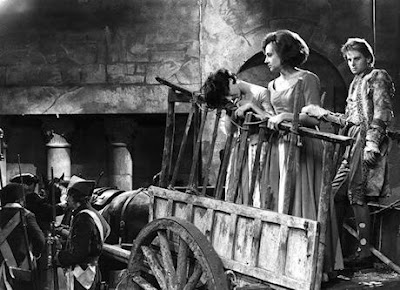 The Doctor escapes from the house and travels to Paris to rescue his friends, who have become embroiled in the plans of the English spy James Stirling, who is posing as Lemaitre (James Cairncross), the governor of the Conciergerie Prison. The Doctor has to adopt the disguise of the Regional Officer of the Provinces to help save Ian, Barbara, and Susan, which invariably brings him to the attention of the tyrant Robespierre (Keith Anderson) - while Ian and Barbara spy on a secret meeting between Paul Barras (John Law) and Napoleon Bonaparte (Tony Wall) - the future ruler of France. As history runs its course, Robespierre is shot in the jaw and thrown in prison, while the Doctor and his companions escape to continue their adventures in time and space. 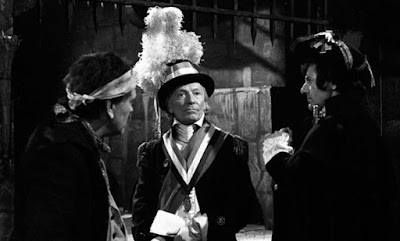 The Reign of Terror is the story that brought Doctor Who’s first season to a close in 1964. After arguing with Ian and Barbara at the end of previous story - The Sensorites - the Doctor had decided that the school teachers must leave the ship for good at their next destination. He is positive they have returned to Earth, which seems to be the case as they look at the scanner screen. William Russell and Jacqueline Hill are on fine form in this adventure, particularly here as they patch things up with the Doctor, convincing him to come with them for a drink before they say their goodbyes. Carol Anne Ford also gives one of her best performances this season, especially when she has to face the horror of the guillotine. 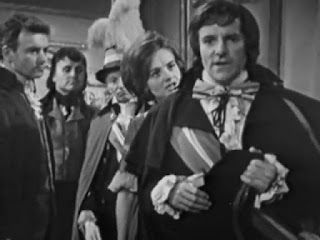 William Hartnell is absolutely magnificent as the Doctor in The Reign of Terror. He effortlessly runs the rings around everyone as he travels to Paris to rescue his companions: bartering with his fabled ring to acquire a disguise so he can impersonate the Regional Officer of the Provinces, even though this act lands him in serious trouble, but Harnell’s Doctor is still able to talk himself out of trouble and save his friends without so much as causing a ripple in the time stream.

Although not wholly accurate, The Reign of Terror is one of Doctor Who’s first real forays into basing a story around actual historic events. Dennis Spooner’s superb script is a tour de force for William Hartnell, who gets some brilliant scenes, and the supporting cast are all well characterized, particularly James Cairncross (Lemaitr), Keith Anderson (Robespierre), and Tony Wall (Napoleon.) Barbara’s brief romance with Leon Colbert (Edward Brayshaw) also throws up some harsh home truths for everyone over the merits of both factions when he is revealed as a traitor.

The restoration work on these episodes is remarkable, surpassing all our expectations with a crystal clear picture that vividly showcases the high production values and period costumes of this historical adventures. This story also features the Doctor Who’s first location filming, with the Doctor strolling through the countryside (with Brian Proudfoot standing in for William Hartnell). Even though the story is unashamedly uncompromising in its portrayal of Robespierre’s downfall, Director Henric Hirsch weaves this outstanding story across six enthralling episodes, which concluded back at the TARDIS where the screen fades to a glittering starscape as the Doctor says they must search for their destiny in the stars. 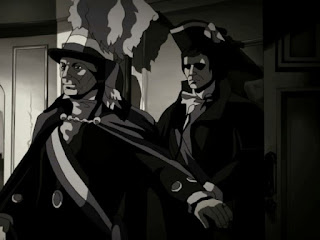 As is the case with many Doctor Who stories from the sixties, two episodes of The Reign of Terror are sadly missing from the BBC Archives. However, thanks to the talented team at the Australian animation company, Planet 55, episodes 4 & 5 have been recreated with exquisite detail using a ground-breaking Thetamation process. By mixing traditional 2D artwork with specially constructed 3D modelling, and facial mapping, the results give an uncannily realistic representation of what the episodes would have actually looked like. At times you almost forget you are watching animated episodes, the character models move realistically through every scene, and the way Planet 55 have perfectly animated the facial expressions of the cast is astonishingly good. 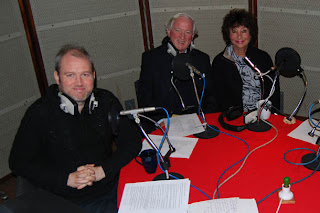 The DVD extras are of as high a quality as we have come to expect from this range. This release has a fascinating commentary featuring Carol Ann Ford (Susan), Neville Smith (D‘Argenson), Jeffry Wickham (Webster), Caroline Hunt (Danielle), Patrick Marley (Soldier), and Tim Combe (Production Assistant). Two additional commentaries feature Ronald Pickup (Physician) for Episodes 4, and missing episode hunters Philip Morris and Paul Vanezis on Episode 5, and all the commentaries are moderated by award winning writer, actor, and comedian well known for his successful one man shows, Toby Hadoke (Moths Ate My Doctor Who Scarf). The documentary Don’t Loose Your Head gives us a fascinating insight into the making The Reign of Terror with actors William Russell (Ian), Carol Ann Ford, and Production Assistant Tim Combe. Along with a virtual tour of the 2D sets used for the two animated episodes, there is also an Animation Design Gallery, Photo Gallery, Coming Soon Trailer, and the brilliantly detailed Programme Information Subtitles.

This DVD release will transport you back to the golden era of Doctor Who. The Reign of Terror is a brilliant historical story, with William Hartnell giving one of his finest ever performances as the Doctor, and the magical way the lost episodes have been brought to life give us hope that the remaining Doctor Who stories with missing episodes could also be reconstructed in this way and released on DVD. The Reign of Terror is a fantastic addition to the Doctor Who DVD range, with a wealth of extra features, and I highly recommended it.

Email ThisBlogThis!Share to TwitterShare to FacebookShare to Pinterest
Labels: doctor who, Doctor Who DVD, The Reign of Terror, William Hartnell