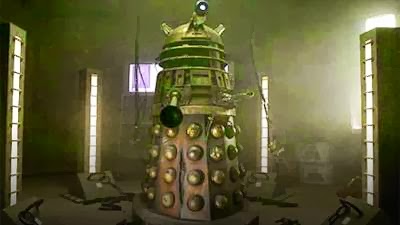 Doctor Who:
Dalek
By Robert Shearman

“You would make a good Dalek.”

The Doctor and Rose have arrived in an underground bunker near Salt Lake City Utah in the year 2012 where The Doctor discovers that they are in the middle of a museum that has tons of alien artifacts including a Cybermen head.  They are soon captured by the guard and taken to Henry van Statten for questioning.  During questionng The Doctor discovers that van Statten isn’t interested in the uniqueness of the artifacts but to exploit them and keep them for his collection.  It appears he also has a live specimen and The Doctor finds out that he too will be a part of his collection as he is an alien and the last of his race. 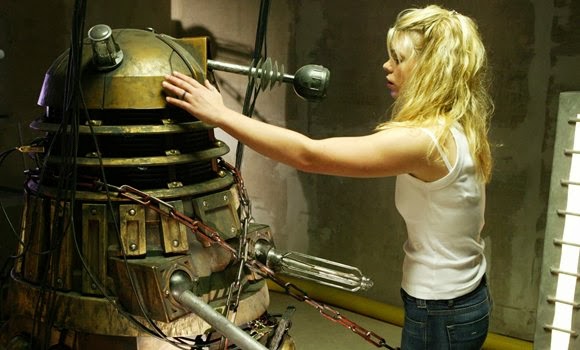 The Doctor is also very interested in the live specimen that Van Statten has and is promptly shown to it and then gets locked in with it.  To The Doctor’s horror the live specimen is a Dalek a refugee from the Time War and apparently the last one in existence.  The Doctor tells Van Statten that the Dalek must be destroyed and  is quickly told no way as the Dalek is the jewel of Van Statten’s collection.  Adam who is trying to impress Rose takes her down to see the Dalek.  Rose hears the Daleks sad story and takes pity on it and touches it.  The Dalek is revived by the time vortex energy that is on Rose and promptly escapes and starts killing everyone to as a means of revenge for torturing it.  Needless to say all hell has broken loose and if The Doctor doesn’t stop the Dalek not only would Salt Lake City be destroyed but the entire planet would perish. 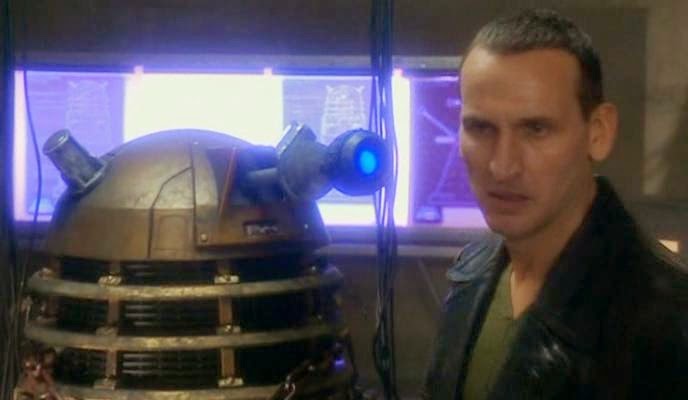 Dalek is obviously the first appearance of the Daleks in the new series of Doctor Who and in my opinion the best Dalek story so far in NuWho.  What you have is a non-traditional Dalek story where the Dalek develops feelings from being touched by Rose.  It starts to question itself as it keeps Rose alive when the Dalek would have normally killed her.  In fact it shows her compassion which is something no Dalek ever does.  We see a different side of the Dalek and how it copes with feelings and this aspect is something different that was really welcomed at the time.

We also see The Doctor acting like a Dalek especially at the end when he has that gun and we see an ugly side of him.  He was willing to blow up the Dalek without even trying to know that it had gotten feelings and wanted to have the sun touch its tendrils.  This is the moment that Rose really starts getting through to The Doctor and helps to change him back from the Time War style Doctor back to the caring Doctor that we all know.  That scene is probably the best moment for Rose in the first series as she really lets The Doctor have it and it makes her character grow more than just the damsel in distress.

Dalek was based on Robert Shearman’s Big Finish audio Jubilee which starred Colin Baker.  The premise is pretty much the same except the Daleks had a future version of the 6th Doctor locked up in the cell that the present day 6th Doctor finds.  It is a pretty good audio and if you have a chance you should listen to it. 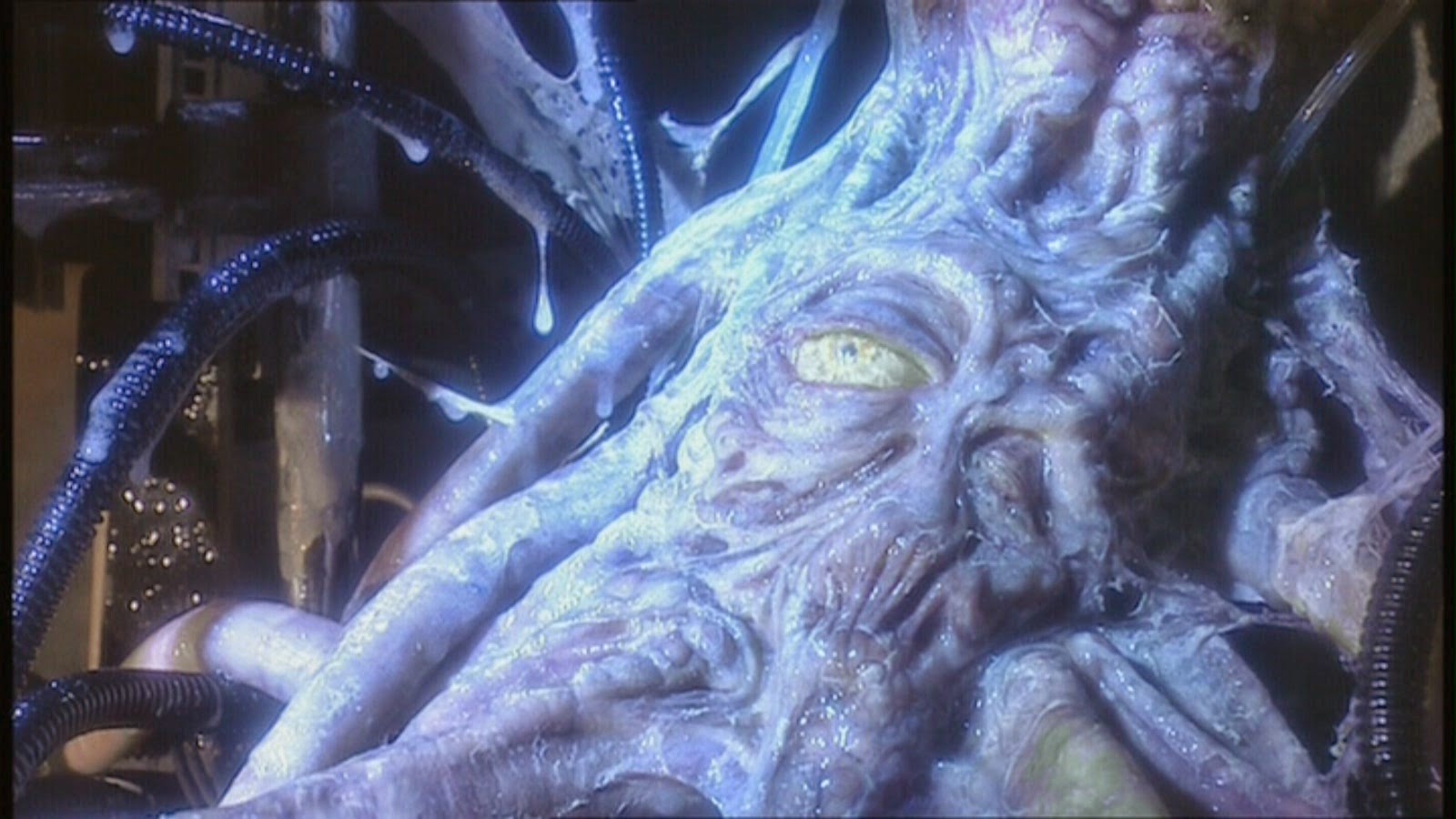 Dalek to me is really good and one of the best Dalek stories ever.  It is different style and we get to see the return of one of the most popular classic villains.  We get to see all sorts of new SFX goodies for the Dalek like the force field and the way that the gun can rotate around.  We also get an updated version of the Dalek going up the stairs which improved greatly from the first time they did it in the Sylvester McCoy story Remembrance of the Daleks.  Plus how could you not like the new way that you know someone has been exterminated by seeing the skeleton of the human in a glow of light.

Dalek was the first story in the new series that actually felt like proper Doctor Who.  Yes we have had some simple stories leading up to it that were pretty good but Dalek had the feel and it made you truly believe that the show had finally arrived.  There have been some really good Dalek stories in NuWho but nothing yet has come close to Dalek.
Grade A