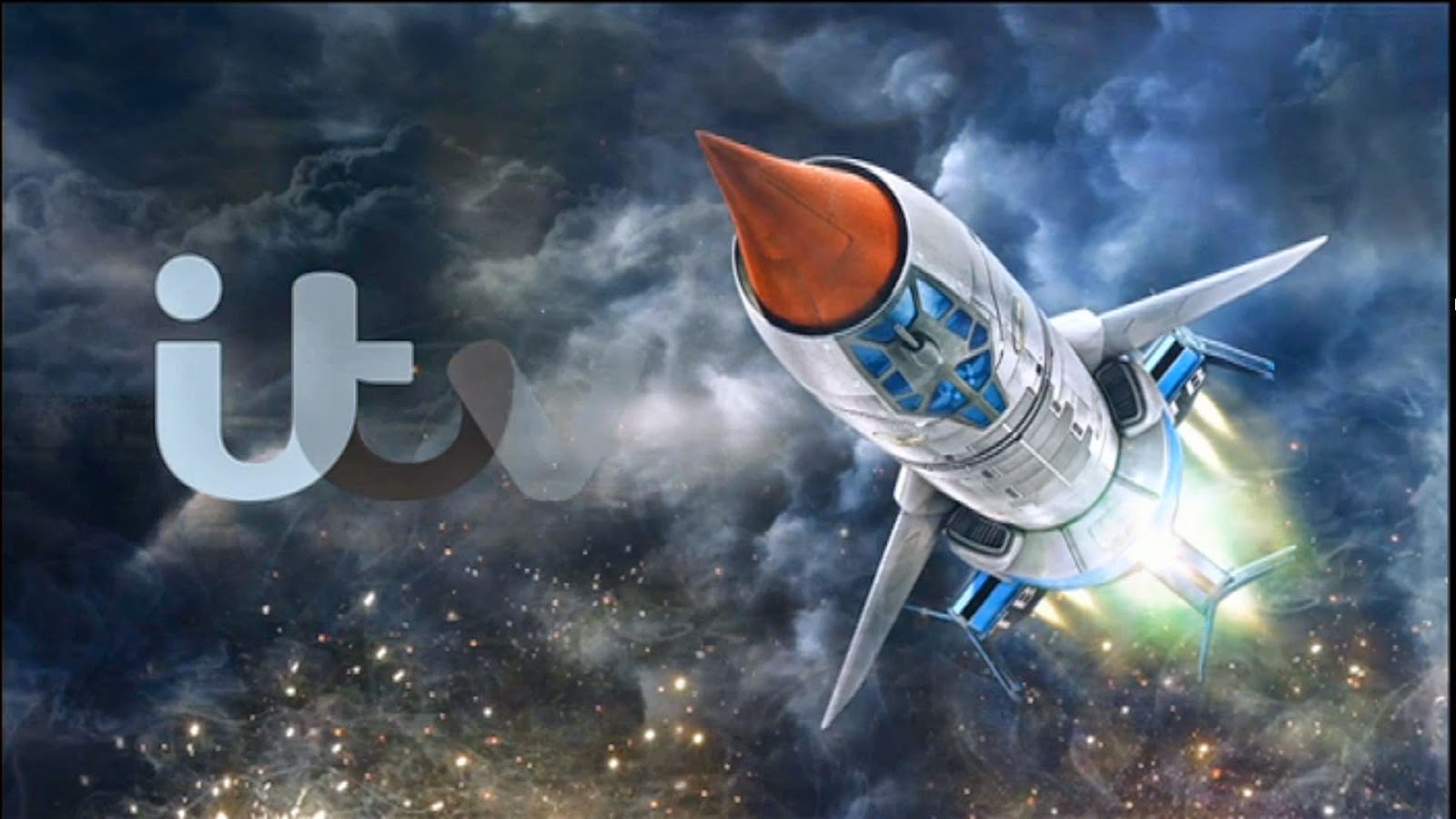 A bit of a background. I am a fan of Thunderbirds but only got into it initially because I grew up with Space: 1999 and UFO. I did not watch Thunderbirds until I was in my 20's, in the 80's. Thunderbirds was probably my favorite of the Supermarionation series and always felt that a remake would be prime material for a successful new venture. Obviously the new remake would have to handled properly and while I think the 2004 movie version missed the mark, the new Thunderbirds Are Go series was near perfect in its execution.


The series premiered in the UK on April 4 and it is obvious to every fan that the production involved has a love for the original series. WETA workshop poured their hearts into this production that keeps most of the original series soul intact. From the vehicle design to character look to the music and sets, the new series seems to have captured the original essence of the 1965 puppet series. 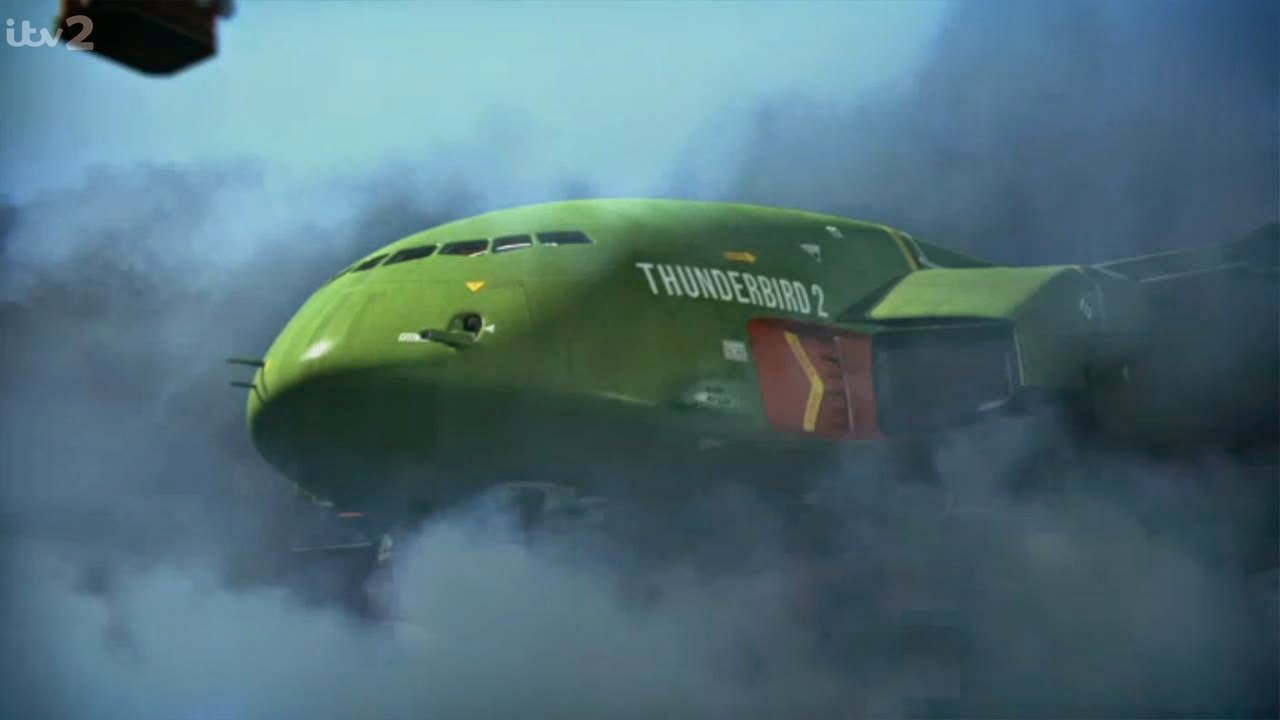 Fan reaction is mixed and while most love it, some are ready to condemn it forever. The series does have some problems that I felt keep it from being perfect but there is so much done well that it is easy to ignore the missteps. Still, I must point them out.

First off, the inclusion of the famous countdown of the Thunderbirds launch is included in the opening and that is a massively perfect decision but the repeating of the countdown during each and every Thunderbird launch throughout the first two episodes is out of place and hopefully will not continue. 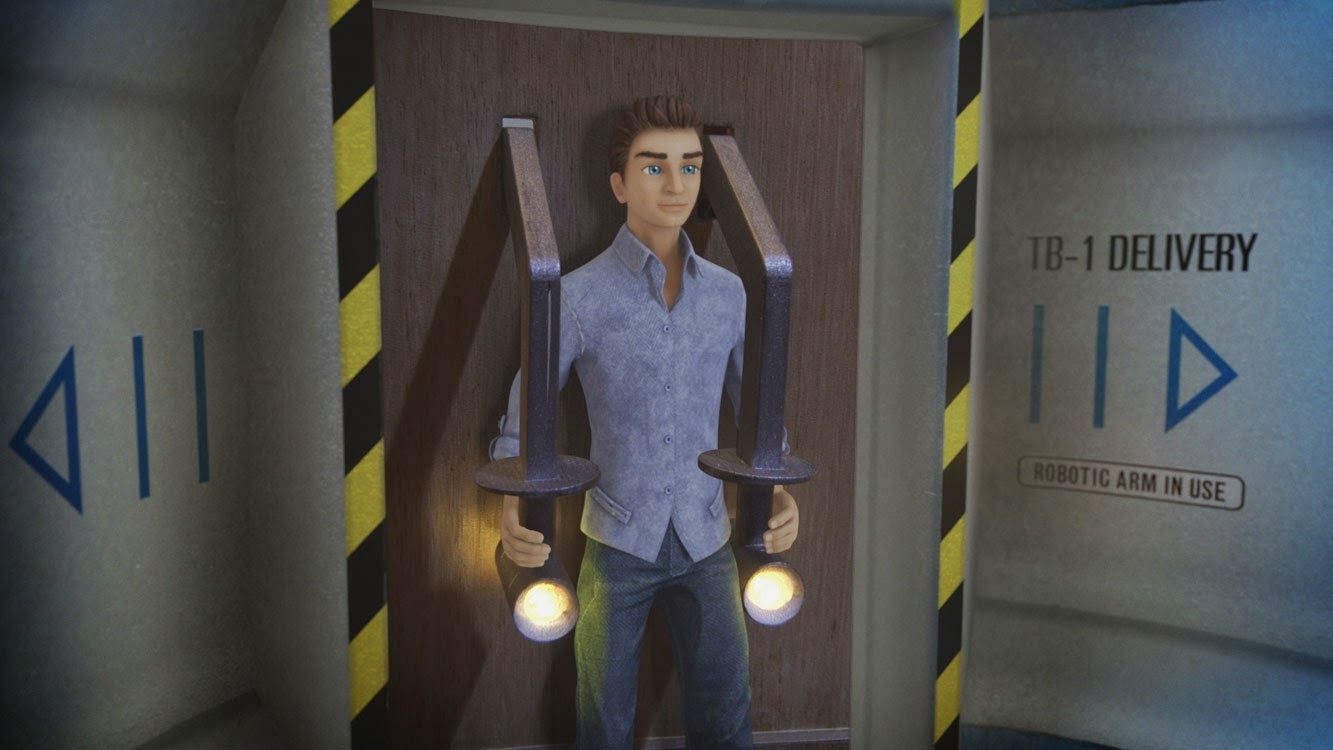 The opening episode is an incredible fast pace epileptic editor's nightmare as we are introduced to each and every character and vehicle in neck whipping fashion. This speed introduction is way too fast and anyone would have trouble following the set up. I know they are trying to fit lots of script in a half hour but knowing this was a two part opening, I wished they could have slowed it down just a bit. Pushing Grandma back to the end of the two parter alone might have helped greatly.

The only other thing that I can comment on right now is the lack of tension. The original series had a fair amount of tension and build up and it is possible the new series will not be able to mimic that due to its half hour format. 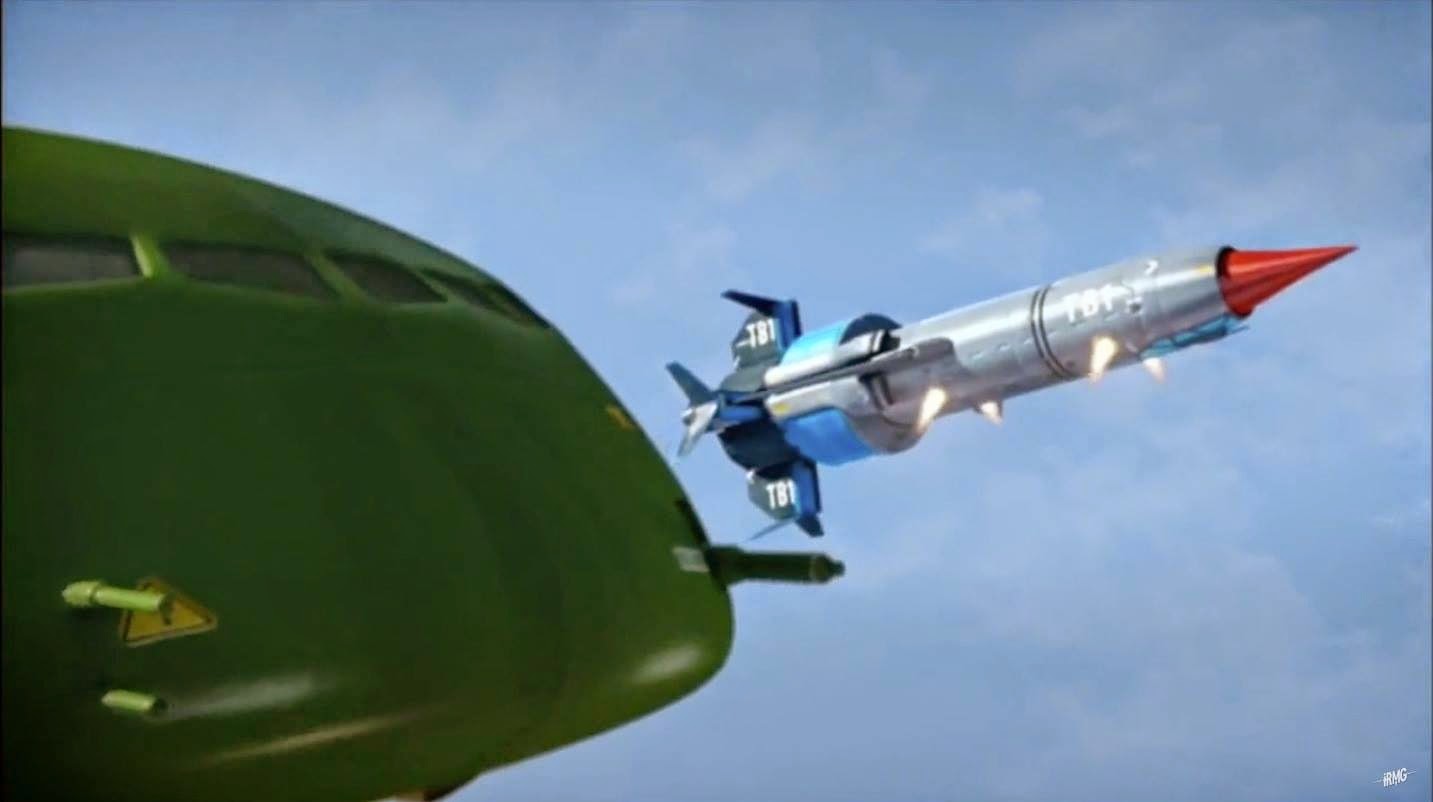 Going to the positive side of the review, I like the combination of the CG and miniature sets. The producers have decided to recreate the series format of mixing mediums. CG and miniatures replace puppets and miniatures. The blend of them is better than I thought and creates an almost toy like look that I would argue the original series had as one of its primary appeals.

The animation is very good, with the hero craft being the highlight. The character animation is also well done but perhaps I am still spoiled by the 'realistic' animated movement from The New Captain Scarlet. Their goal is not to create realistic and to a degree, the Thunderbirds animation resembles the puppets more than real people.

The music is okay but is nowhere up to original series composer Barry Gray. I have to hear more but the constant droning of music has yet to grow on me. The sound effects and miniature sets are fine. I love the detail of the miniatures, especially of the pool chairs blown across the floor during
Thunderbird One's launch. 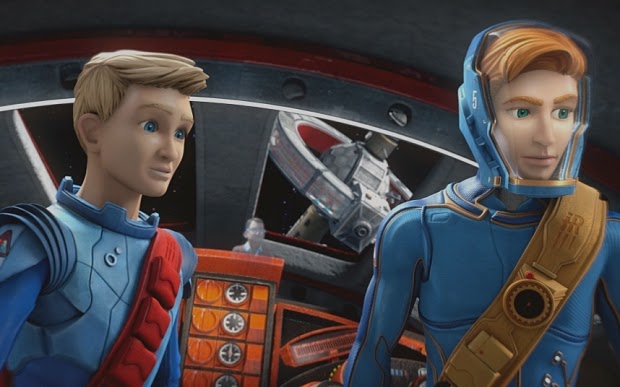 I feel each character is well executed with John, Scott, Gordon and Kayo coming up on top. I am not accepting of Lady Penelope as of yet as it will either take me a long time to accept someone that is not Sylvia Anderson as the voice or that there needs to be a little more time to see her character develop.

The story is frantic for sure and I felt that several elements could have been excised to make it more focused. For the most part, though, I think the story does a pretty good job introducing the premise. I have no problem with what the script did apart from how much it did. I really like how elements from the original series are placed into the story, namely the original story “Lord Parker's O'liday” with the solar array aimed toward the town. 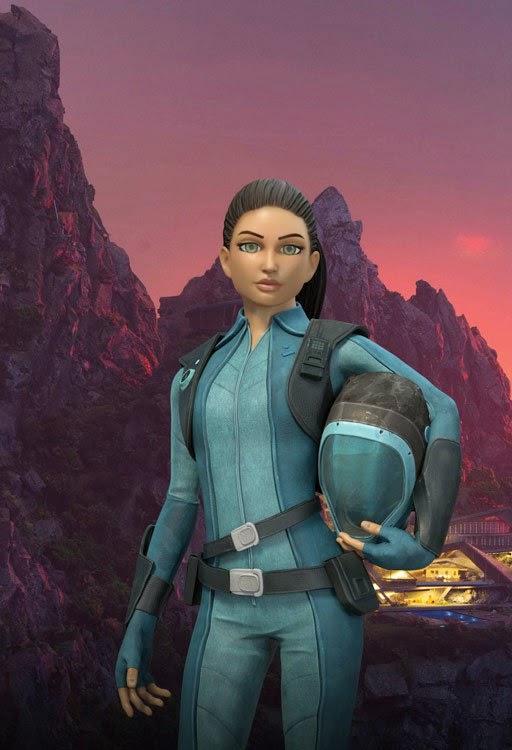 Like most series these days, the show has set up several ongoing plots including the Hood, his plans and his relationship with Kayo as well as what the fate of the missing Jeff Tracy is all about. Lots of plot for a “kids' program” but certainly enough to keep us interested.

I feel that Thunderbirds Are Go is a great start to the series and is as close to the original as it could be. With some pacing tweaks the series would be incredible and time will tell how that goes. I have to feel a little sad for the 2005 Gerry Anderson series The New Captain Scarlet, which I think had just about the same level of quality as this new series and yet it was completely ignored by the networks and fans alike. This new Thunderbirds TV series, in my opinion, has a ways to go to reach The New Captain Scarlet level of quality and enjoyment but it is certainly on its way. Thunderbirds Are Go has already been renewed and is already a hit. The fact that it will now air on Saturday mornings from now on is not something any fan wants to hear. We feel the series could hold it own closer to prime time but the show will no doubt be merchandised and promoted to death. I look forward to more of this series for sure.