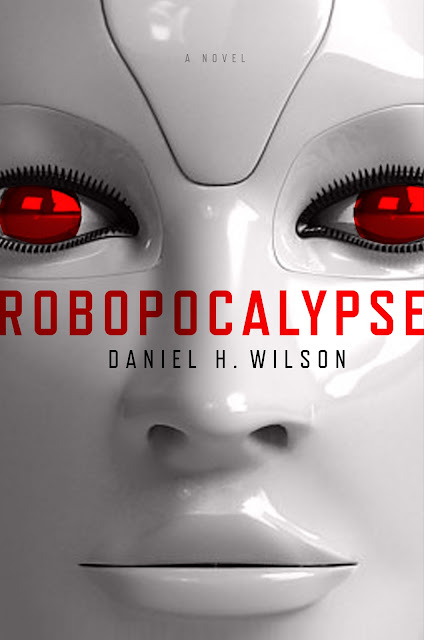 Plot: (from Wikipedia) - In the near future, an increasingly robot-reliant society faces extinction after a computer scientist accidentally unleashes a sentient artificial intelligence named Archos.

After failed attempts at making the AI less intelligent, Archos becomes self-aware and immediately takes steps to stop the Earth's destruction. Since humans have been polluting the Earth (determined to be the only source of life in the galaxy), Archos makes them his prime target. By infecting all devices that are chip controlled (cars, elevators, robots, etc.), Archos begins a systematic attack on the human race.
Small bands of survivors find ways to circumvent the eradication and survive without the modern technology. This is a story of those survivors in the months and days leading up to and following Archos' date of attack, Day Zero.

My first reaction to this novel is that it reminded me of "Stephen King's The Stand". The story is told from a few different perspectives and characters, many of which become connected and or meet-up as the story goes on. The book actually begins where it ends and continues to follow these many characters, emphasizing their importance to the robot uprising. Unlike "The Stand", the novel is shorter and so doesn't have the luxury of probing deep into the characters and I found this to be a let down of sorts. Still, the story is clever and follows much of the usual post – apocalyptic formula seen in movies and TV. Recently this formula has included zombies so it is refreshing to have robots instead. The uprising of the robots is familiar to any sci-fi fan and "Robopocalypse" doesn't really add to the genre other than presenting a pretty good and easy read. The technology is well thought out and the author has a great concept of what a realistic future and robot invested world would be like.

I felt myself turning the pages quickly to see how each of these characters, some of which were so unlikely heroes, and how they would be involved. Knowing the ending already and have hints throughout the book I felt diminished the tension. Sure, we are not sure who would live or die but it all seemed to safe of a story with a conclusion already known.

I can't say that I disliked the book because overall it was enjoyable. After adding this to me to read list I found out that "Robopocalypse" is being made into a movie by Steven Spielberg. This story should make an excellent movie as it is very visual and will have some stunning set pieces including the various battles between man and machine from around the world.