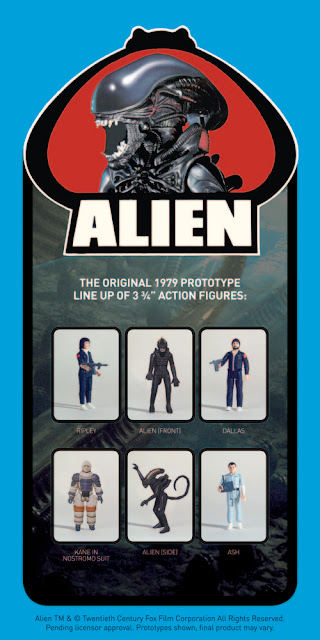 You learn something new everyday.  Did you know that Kenner made an Alien action figure back in 1979?  Sure and I actually have one that I bought at a convention a few years back.  This 12" figure did not sell well and so Kenner ceased production on their 3 and 3/4" figure series.  Wait, What??  I didn't know that.  Yes, apparently Kenner was working on Star Wars figure sized versions of Ripley, Ash, Kane, Dallas and the Alien.  Some prototypes were made but Kenner never went through with it due to poor sales of the 12" Alien.

Anyhow, the company Super7 has access to those prototypes and has decided to go ahead with production of these figures.  They will stay in the vein of figures from that time and keep the same packaging design and the figure appearance from that time period.  The figures will have various accessories (I hope Kane in space suit has a helmet and maybe even a face hugger). 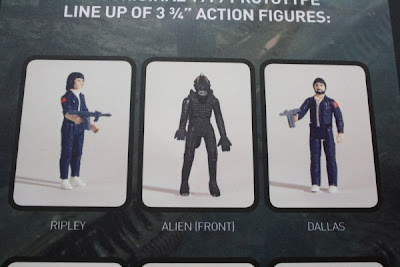