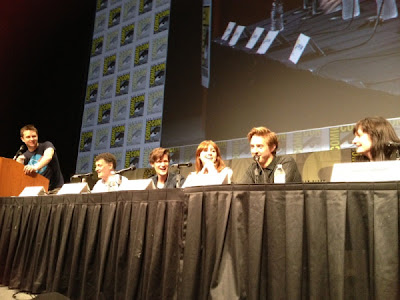 The Doctor Who panel happened today and they have announced some of the titles of the first part of series 7. Joining Asylum of the Daleks is the second story titled "Dinosaurs on a Spaceship".  That title is defiantly confirmed by the BBCA twitter feed.  The other two rumored to be confirmed are stories 3 and 4 being "A Town Called Mercy" and "Cubed'.   There was not a trailer shown at the panel but clips from "Dinosaurs on a Spaceship" and the western story "A Town Called Mercy".