SDCC Batman Beyond The Night of Owls Panel 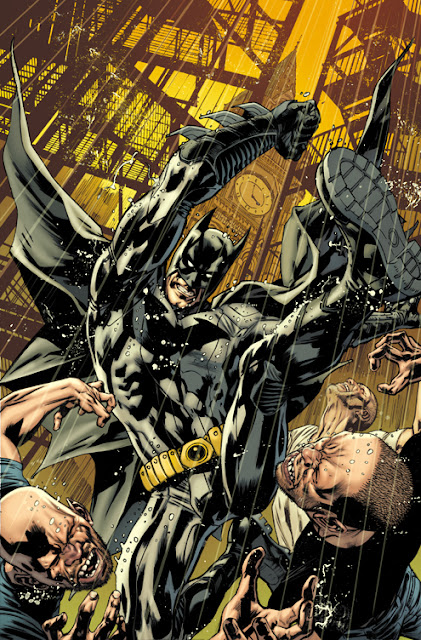 Here are a few links to the DC Comics Batman panel that took place today at San Diego Comic Con.  The highlight of the panel is definitely this quote by Batman writer Scott Snyder taken from CBR's article on the panel.

"In this series, he sees himself as Batman's Court Jester to the King of the Crown...he believes its his duty to deliver the worst new to the King," Snyder said. "Joker's been away for a year. He's been planning everything and going after everyone. This is the craziest, darkest Joker story we could ever do...he's going to be iconic, but different. When you see his face, you'll know what we mean." Overall, the Joker is looking to punish Batman for forgetting the Clown Prince of Crime. Snyder then called the new arc "our 'Killing Joke'" noting that never before has the Joker taken on the entire Bat Family at once and will do more than target one person or idea at once.