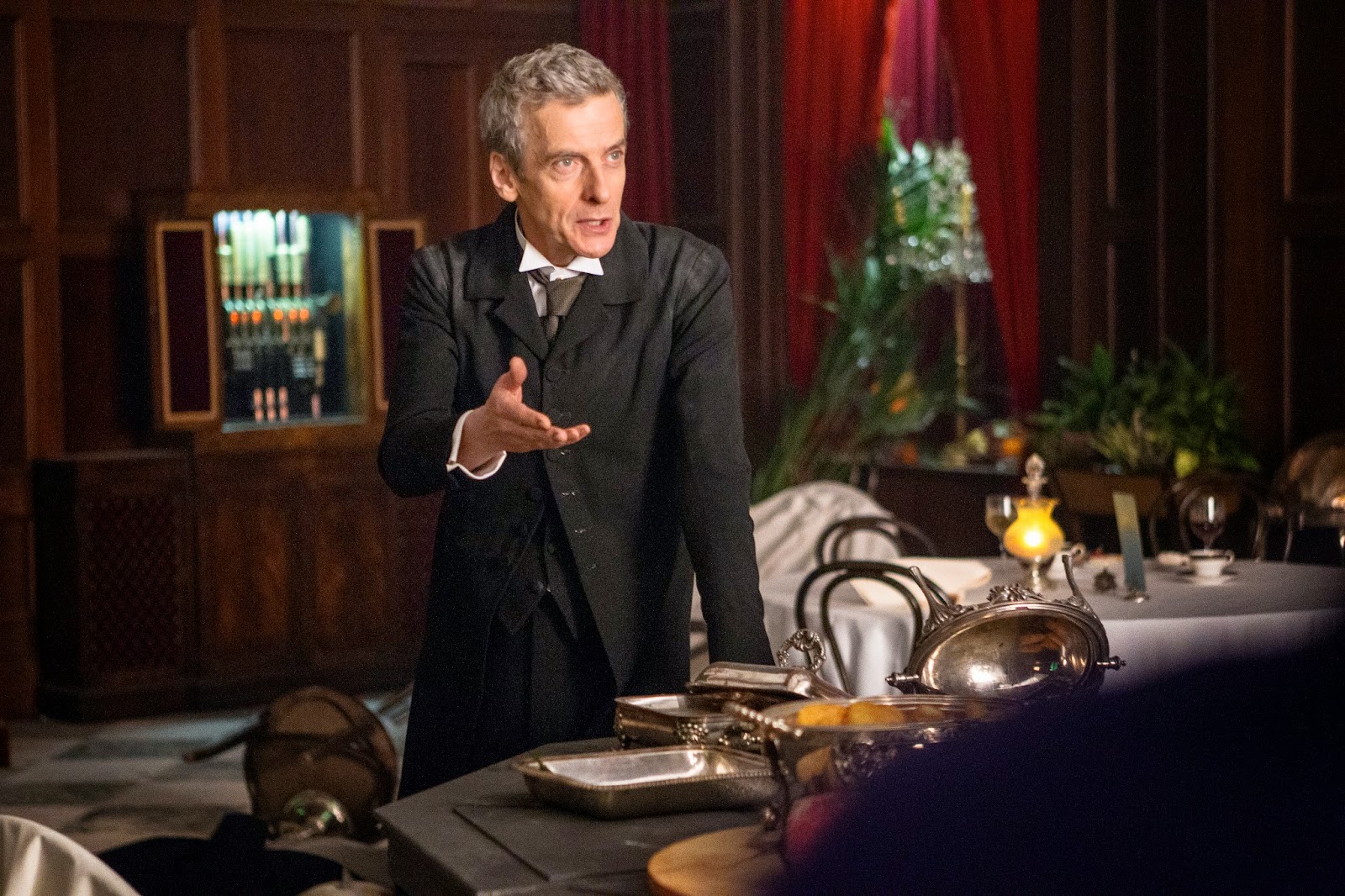 The BBC have announced that they will be doing a Doctor Who Extra after the episode airs covering Peter Capaldi's first series on the show.  It will be on iPlayer and also the Red Button service.  No word if it will be available outside of the UK.  They claim that it will be more than a making of series as they will show how Doctor Who's history has influenced the show we are watching now.  You can read the full press release below.

The BBC has today announced Doctor Who Extra - a brand-new series, exclusively on BBC iPlayer. Doctor Who Extra is much more than a ‘making of’ show, as we follow Peter Capaldi every step of the way throughout the creation of his first season as the Doctor.

Over the course of 12 programmes we trace the highs and lows of Doctor Who’s most ambitious run of episodes yet, getting the inside take on series 8 from the people who made it.

The Doctor Who Extra team had unparalleled access to stars including Peter Capaldi, Jenna Coleman and Samuel Anderson (series regular Danny Pink) plus guests Frank Skinner, Keeley Hawes, Michelle Gomez, Ben Miller, Foxes and many more. Writers, such as Lead Writer/Executive Producer Steven Moffat, and directors also contribute, as they spill the beans on the on and off-screen drama.

Casual viewers will enjoy the fun, fast pace and lighter side of Doctor Who Extra but there’s plenty for fans, too, as we take a quick dip into the archive for every edition, reflecting on how Doctor Who’s history is echoed in this current series.

Packed with emotion, great stories and a real sense of ‘access all areas’, Doctor Who Extra is essential viewing for everyone who’s ever watched Doctor Who and wondered what it’s a like to be a part of the team that brings this global phenomena to our screens.

Audiences will also be able to access Doctor Who Extra via the BBC’s Red Button.
Posted by DR5WHO at 10:48 AM

Email ThisBlogThis!Share to TwitterShare to FacebookShare to Pinterest
Labels: doctor who, Peter Capaldi