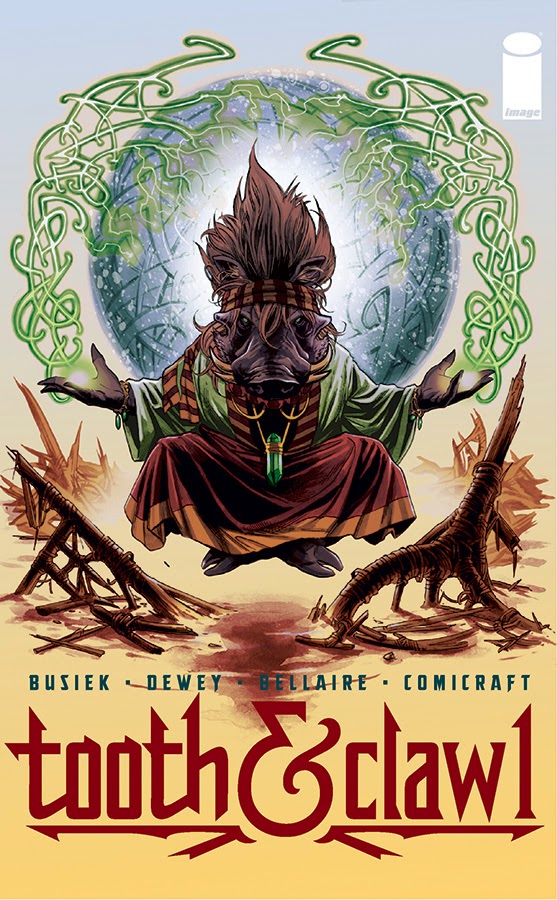 And while the emphasis is on adventure, exploration and a simmering conflict that'll set the world's most revered hero against the gods themselves, the adventurers won't be the only ones breaking new ground. TOOTH & CLAW is Busiek's first Mature Readers series, and he's looking forward to the freedom it offers.

In an exclusive interview with Comic Book Resources, Busiek said, “When Cary Nord and I did Conan, and when Carlos Pacheco and I did Arrowsmith, we kept bumping up against the mature-readers line, and several times had to have the colorist obscure things to avoid nudity or gore or whatever. So on this series, I went in knowing it was going to be a brutal world, where the violence was important, and where I didn't want to tease nudity the way we had to in Conan—I wanted to do the story the way it felt right to me, and if that added up to mature readers, then so be it.

"So the horizon's wide open," he added, "and we'll go wherever the story takes us. It's a series I've been itching to write for years, and it's the book Ben Dewey was born to draw, and we can't wait for it to hit the stands."