ODDLY NORMAL—What if one wish turned into your worst nightmare?‏

ODDLY NORMAL—WHAT IF ONE WISH
TURNED INTO YOUR WORST NIGHTMARE?
An all-new fantasy adventure begins
with the snuff of a birthday candle

Cartoonist Otis Frampton brings to life the world of ODDLY NORMAL. Oddly’s life is an unhappy blend of the magic and mortal worlds, but just when she thought life couldn’t get anymore miserable, one innocent wish throws her life asunder. With her safety abruptly thrown into great peril Oddly must travel to the land of Fignation to try to save her family and get back the life she took for granted.

Filled with steampunk-esque creatures, magical new alliances, floating dirigibles, and a nefarious mystery, Oddly’s adventure is anything but normal. ODDLY NORMAL is a witty, world-building fantasy sophisticated enough to enchant adults and whimsical enough to inspire the imaginations of younger audiences.

"I'm looking forward to taking readers on a fun ride," said Frampton. "Fignation is the collective imagination of humanity and Oddly is going to be stuck there for a while. Monsters, magic, super-heroes, time-travel... expect all of it in Oddly Normal."

The first issue of ODDLY NORMAL arrives in stores 9/17 and will be available for $2.99. 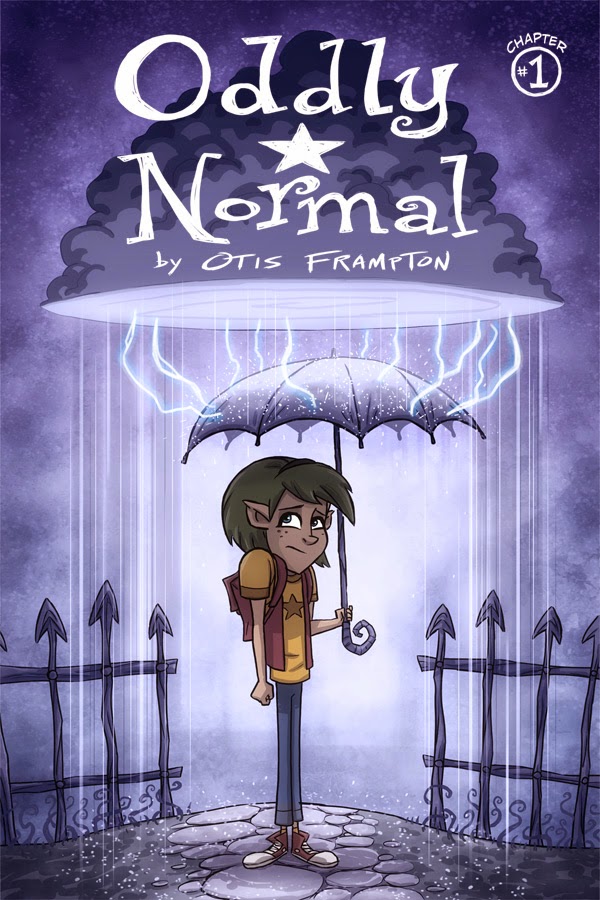