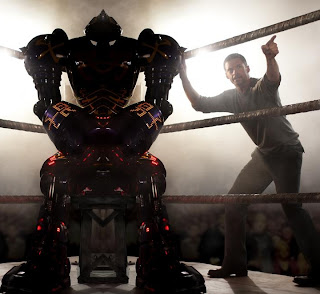 This is the first in potentially an ongoing series of “On My Radar” blogs looking at an upcoming movie and a person associated with the movie. In this case actor Hugh Jackman is starring in Real Steel coming out on October 8.


I am the last person who decides which film I go see based on an actor or actress – I could care less. If the person performs well then great. Jackman has done some incredible work. His portrayal of Wolverine is spot on while his other sci-fi/fantasy work in Van Helsing and The Fountain is excellent. I especially loved his portrayal as a heartbroken man in The Fountain. Perhaps this performance, being different from many of his others I have seen, is the reason I liked it so much. 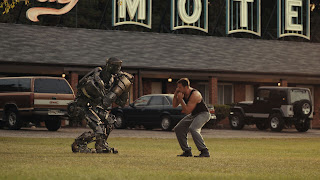 In Real Steel, he plays Charlie Kenton, a boxer who is out of a job because robots have taken the place of people in the ring. He then works with his son on creating a robot contender for the championship. Some interesting ideas and I can certainly see Jackman excelling in this part.  I will go see it for the robots and will no doubt remember my days coaching the Blue Bomber in my Rock'em Sock'em Robots years.  I do sense there will be an excellent family story in the middle of all this and I look forward to this. 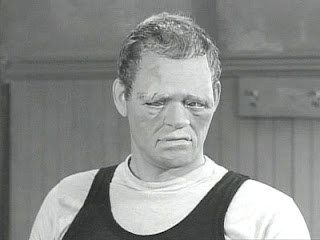 The story may seem familiar to some as it is based on the short story “Steel” written by Richard Matheson. The story was adapted in the 1963 Twilight Zone episode “Steel” starring Lee Marvin.

A sequel is already planned if the film knocks out the competition.

It also looks like Jackman will reprise Wolverine in the proposed 2013 movie – The Wolverine.