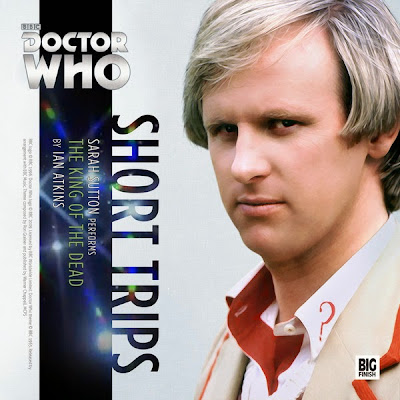 Great news for fans of the download only series Short Trips.  Big Finish has extended the range to 2017.  If your unfamiliar with Short Trips they are a thirty minute audio story narrated by an actor/actress from The Doctor's era that is featured during the month.  Next month is an 8th Doctor story narrated by India Fisher who played Charlie in the audio adventures.  They will also be getting a new producer in Ian Atkins who is the Subscriber Only Main Range Short Trips series.  He had this to say about his appointment.

"Director Lisa Bowerman and I have had some long planning lunches (one of the best things about a producer's role) and we have a very long wishlist we're now pursuing. I'm also delighted with the response I've had from the writers I've approached so far, both familiar with and new to Big Finish's Doctor Who ranges. It's too early to be sure or make any firm announcements, but I'm certainly planning a couple of proper Christmas stories and to explore some periods and characters in Doctor Who which may have been forgotten about – and not just with companions either"


You can pre order  the 2016/2017 Short Trips series at the Big Finish website and buy this years stories also.
http://www.bigfinish.com/ranges/v/doctor-who---short-trips
Posted by DR5WHO at 10:58 AM