Doctor Who - The Wrath of the Iceni Reviewed By @Blackadder345 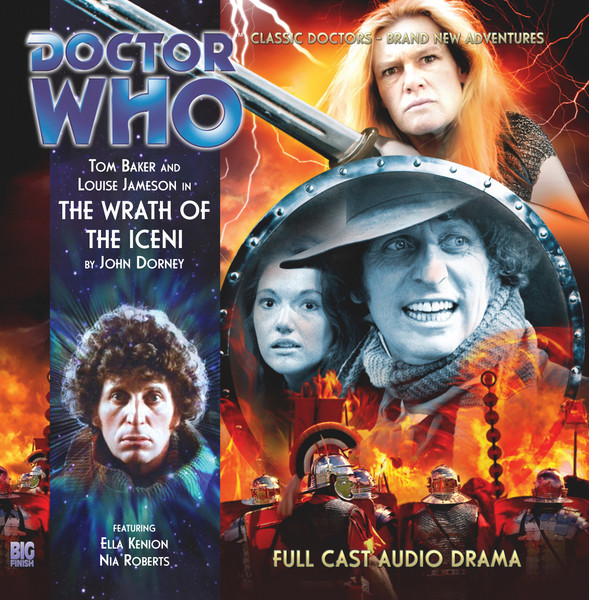 Doctor Who:
The Wrath of the Iceni
By John Dorney
Starring Tom Baker and
Louise Jameson
Reviewed By Will Barber Taylor

Britain, during the height of the Roman occupation. The Doctor has brought Leela to ancient Norfolk to learn about her ancestors... but has no idea how much of an education she is going to get.

Because this is the time of Boudicca’s rebellion. When the tribe of the Iceni rises up and attempts to overthrow the Roman masters.

As Leela begins to be swayed by the warrior queen's words, the Doctor has to make a decision: save his friend or save history itself?

Rather like The Renaissance Man, The Wrath of the Iceni is very much about morals. The foundation on which the story is built is the idea of “what is right and what are the right lengths to go to achieve your goal?” On the one hand, The Doctor feels that they can’t interfere and that no matter the harm that has been done to Boudicca and her people he cannot help because he would change history while Leela feels that all that matters is “the here and now” and not how it will affect history. This complex dilemma that Leela, in particular, faces is the heart of the story. Leela identifies herself as a warrior and so when she sees another group of warriors in distress, she automatically wants to help them and cannot understand The Doctor’s reluctance to intervene. This works wonderfully for the story as it creates the right clash between the two characters that is needed to drive the plot along without it seeming as though either is acting out of character.

Louise Jameson’s performance as Leela is the highlight of the play. She portrays Leela’s sense of being torn between The Doctor and Boudicca extremely well. You get a real sense of Leela as a strong character more here than in the previous audios. If anything, this

audio is Leela’s play and about her realizing that everyone is not how they seem.

Ella Kenion’s portrayal of Boudicca is equally impressive. She evokes the sense of true anger and wrath that Boudicca had through simple and effective changes of tone in her voice. Boudicca’s hysterical madness is excellently depicted by Kenion and her final battle with Leela is also very well done. The emotional connection that is felt between Leela and Boudicca means that the final confrontation has that extra emotional charge to it which both actors show off incredibly.

Overall, The Wrath of the Iceni is a great historical story which shows how first impressions can be dangerous and how history can sometimes not be changed.
Posted by DR5WHO at 5:00 AM