Doctor Who: Preview and Synopsis For The Tenth Doctor Vol.2 The Weeping Angels Of Mons!‏ 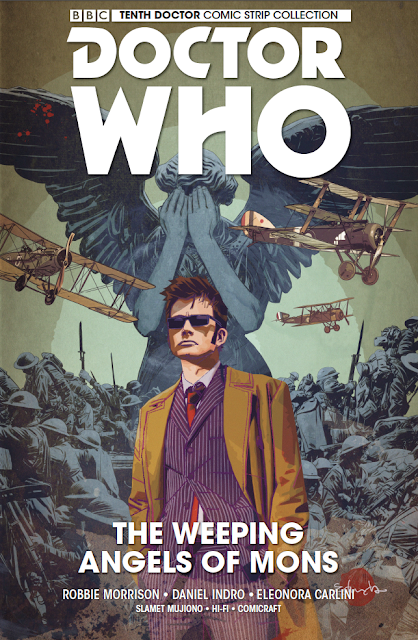 Out Today in comic book stores is the second collection of the 10th Doctor comic book series where he faces The Weeping Angels during World War One.  This story is one of the best that Titan has done so I recommend you get it.

The second collection of the sell-out smash new Tenth Doctor series, from award-winning writer Robbie Morrison (Spider-Man,Drowntown, Nikolai Dante) and Daniel Indro (Sherlock Holmes, Green Hornet), sends the Doctor and new companion Gabriella Gonzalez hurtling back into the past –
and into the trenches of World War One!

Bombed by the German artillery, arrested as spies by the British, Gabby and the Doctor soon learn that there’s something even worse moving in the gas and wreathes of smoke out in No Man’s Land… stone statues who move only when you’re not looking at them! The Weeping Angels have come to feed on the futures of young soldiers -- in their hundreds of thousands! 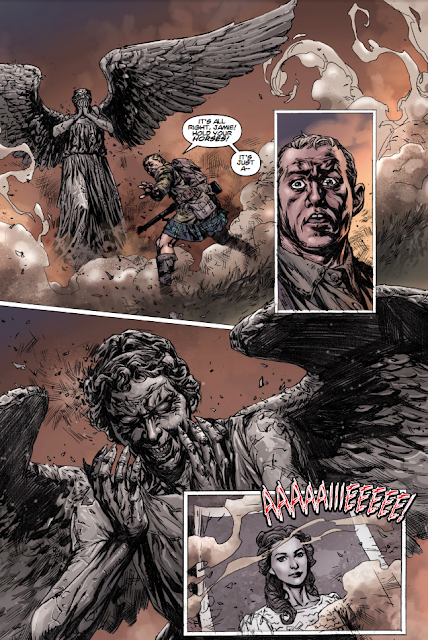 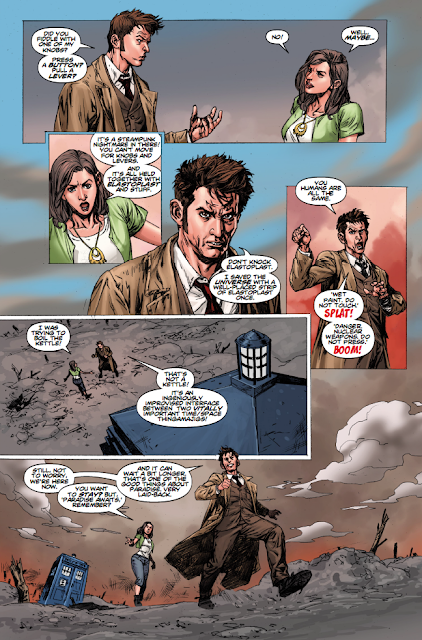 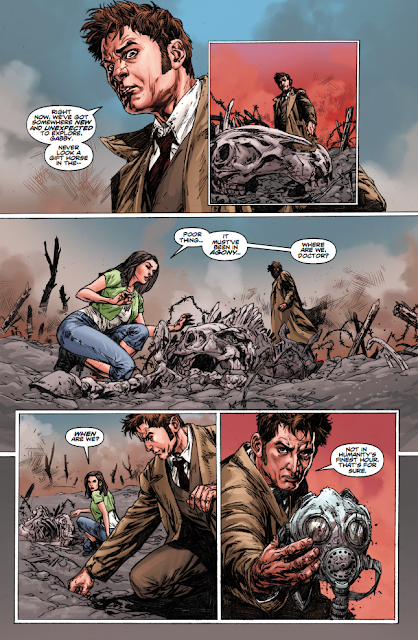 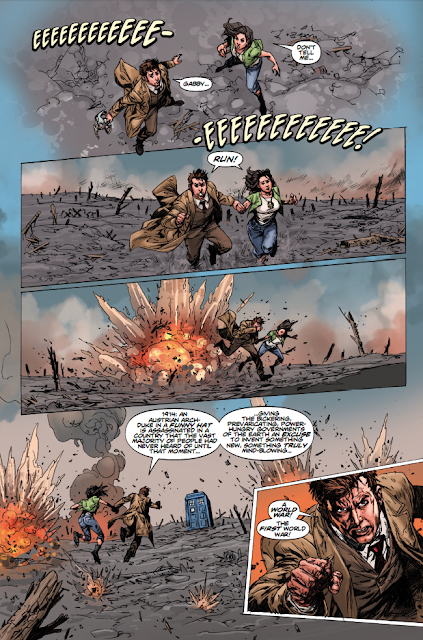