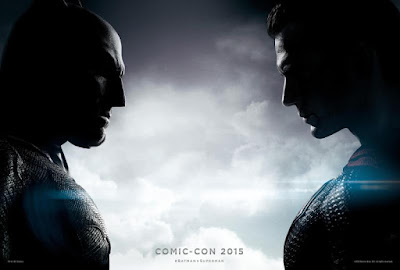 Taking information that has been coming from San Diego Comic Con, we have some highlights including...

Ok, I am now officially interested. Parts of it still don't look right but they are at least addressing the whole Superman allowing a whole city to be destroyed and taking part in it idea. I don't think I will be 100% comfortable with it until I see the movie but this has relaxed my fears a bit.

WOW - this looks good.  I am probably more interested in this than Batman Vs. Superman and it looks like Margot Robbie is going to steal the show as Harley Quinn.

Agent Carter is now 10 – promoted to 10 episodes instead of 8, the series heads to Hollywood and deals with a murder investigation in the flavor of the Black Dahlia murder.  Here is the show's panel at SDCC.


Agents of SHIELD was present at SDCC and here is their panel. Word has it that an Avenger will appear in this upcoming season. 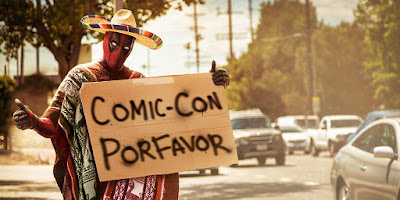 Deadpool Teaser – SDCC 2015 had a short teaser that has made it on the internet via low quality video.
Hopefully the script is good and it is not just shock violence and shock comedy. While I enjoyed the movie Kick-Ass immensely, I felt the swearing and hard edge was mostly justified and part of the character. My initial reaction to the Deadpool trailer is that it might be going too far just to get that type of audience that likes swearing and violence for the sake of being cool or shocking and not for the story. It is hard to tell by this short trailer and I still have hopes that the film is good but the humor of that character seems a bit too much. If the comic character is like this than so be it – still seems like a gimmick to me.

Fantastic Four not so fantastic? - With re-shoots and a not so great trailer for this movie, the latest news may also point to the idea that Fantastic Four is not going to be good. Fox has elected not to have the movie in 3-D. This is good news for people like me who believe that 3-D is just a gimmick and am surprised it is still popular but it could also mean that Fox is losing confidence in the movie. One has to imagine that not being released in 3-D may affect it's box office because of the loads of people who go to see 3-D all the time. Again, we may be looking for another reason to not like this film but part of me is interested in seeing this train wreck even though I secretly would like it to be a good film.

Fantastic Four will be out on August 7

Legends of Tomorrow – a new chaotic trailer is out which gives us a really good time line and look at the heroes, sorry, legends of this new CW series. I don't think there is any new footage but the look of the trailer is cool with the comic book connection.  It was also mentioned this weekend that the character of Hawkman would also appear in the series.

Another Arrow/Flash Spin-off - A new CW animated series called Vixen is in the works and will feature the DC character Vixen. The first episode has appearances by Green Arrow and Flash, voiced by their CW series counterparts Stephen Amell and Grant Gustin. 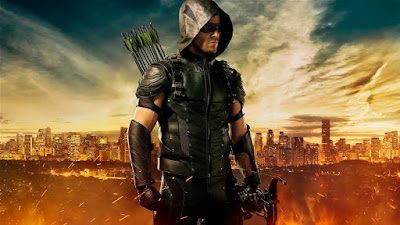 Other DC tidbits – DC will be making a Green Lantern Corps movie for 2020. Seems like a long way off but that should be enough time to forget about that other Green Lantern movie a few years ago.

Casting for Jay Garrick (the Flash from an alternate universe) will be Teddy Sears (Raising the Bar).

Arrow has a new costume. 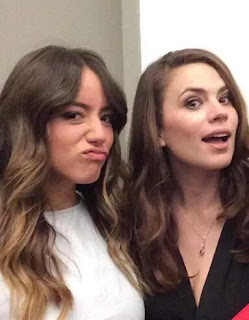 Agent Carter Vs. Agents of SHIELD – Last article I posted links to Agent Carter herself, Haley Atwell's latest interest in Dubsmash and it seems that over the weekend at SDCC her and the cast of Agents of SHIELD have been battling with their posts using Dubsmash. The latest are pretty neat.