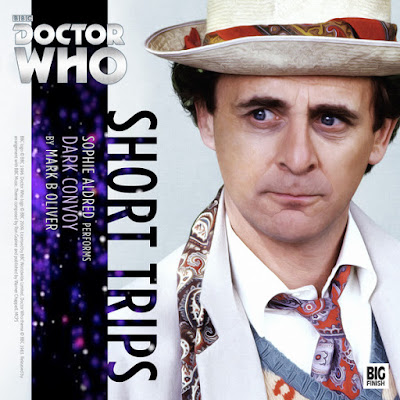 This month's Short Trip is a 7th Doctor tale narrated by Sophie Aldred who played Ace during the 7th Doctor era.  it is out now for download only at Big Finish's website.
http://www.bigfinish.com/releases/v/dark-convoy-1100

Materialising aboard the submarine HMS Thunder during the Second World War, the Doctor and Ace join Commander Fitzgerald and his crew as they track a fellow sub in trouble.

While the Doctor advises the Captain on navigational matters, Ace joins in a daring mission to rescue sailors in the water. With German planes overhead, no-one’s survival is guaranteed…

Written By: Mark B Oliver
Cast