CW made it's announcements for renewals a bit early for Vampire Diaries and Supernatural.
Both had been doing well in ratings with Vampires cashing in on the Twilight crowd.  Taking a bite out of Thursday's ratings share, Vampire Diaries goes on for a third season.  Supernatural, even up against Fox's popular Fringe held its ground and will be hunting again this fall for the seventh season. 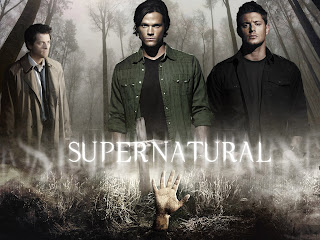