Jeff Zyra is a lover of all things Doctor Who and science fiction and also loves watching tons of TV shows and movies. Doctor Who is his all time favorite show and he is now discussing it in the Podcast "Into the Time Vortex" .  Jeff has interviewed many of the stars of Doctor Who like Frazer Hines, Paul McGann, Colin Baker, Sylvester McCoy and many others from the shows rich history. He loves to read comic books and has so for longer than he can remember. Jeff also  enjoys sports and roots for all his favorite Boston sports teams and especially likes it when they beat the New York City teams.  You can read his posts under the moniker DR5WHO 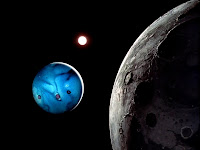 Ken (shadokp) - One of the founding members of The Knights which started on paper in 1987.  His favorite Doctor is Patrick Troughton.  His sci-fi favorites include 2001: A Space Odyssey, Blade Runner, Space: 1999, UFO, Doctor Who, Twin Peaks and Jules Verne.  His favorite classic Doctor Who episode is "Earthshock" and his favorite current series story is "The Impossible Planet"/ "The Satan Pit".  He helps with the formatting of the blog site as well as provides the photoshop work for the title banners. 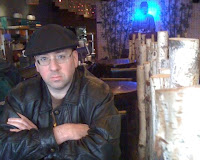 John S. Courtney: John started watching “Doctor Who” in 1983, he attended his first “Doctor Who” conventions later that same year. In 1987 John founded the Knights with his sister Joy and five other friends they had met working at the “Doctor Who USA Tour”. Today he continues to serve as the events coordinator for the Knights.

In addition to “Doctor Who” some of his interests include: the Arthurian legends, renaissance faires, Tiki pop-culture, Japanese anime & manga, samurai movies, collecting his favorite TV shows and movies on DVD & Blu-ray, hiking, nature photography, reading, writing and occasionally acting.

In the real world John has over 20 years experience as an educator and has worked with both the regular ed. and special needs populations. He is currently employed as a teacher in a high school credit recovery program.