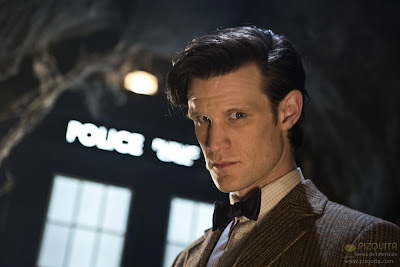 This  was brought to my attention by my friend on twitter  @Cloister_Belle.  It appears that backstage of the Spke Awards Matt Smith hinted at moving on to Hollywood when he is done with 14 episodes he is contracted for.    Matt Smith has said he would be around for the 50th Anniversary but he never said if he would be the Doctor during that season or eluding to a guest role in a 50th anniversary story.  Anyway Doctor Who TV has a video on their site with Matt Smith discusing a move to LA.  Take this for what's it worth as this is only speculation and not fact.