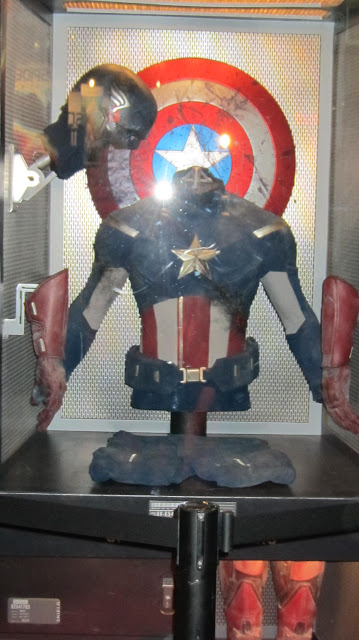 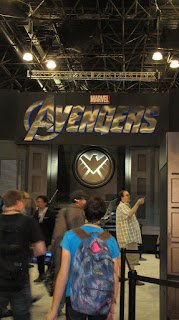 On a rainy Friday in New York City the hordes descended on the Javits Center to partake in NYCC.  There were geeks of all genders, size and age.  Friday was a pretty cool day as the fans got their Geek On and I was no exception.  At first I was blown away at the new Marvel booth that was designed ,obviously, to look like a Shield Headquarters with an Avengers theme.  It was impressive site to see and pretty loud to.  In fact it was pretty awesome.  It took some time to get acclimated to my surroundings as I was easily distracted by all the booths with tons of neat stuff to buy or to look at. 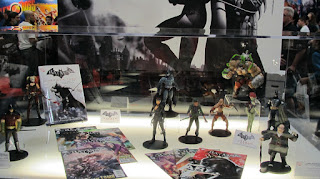 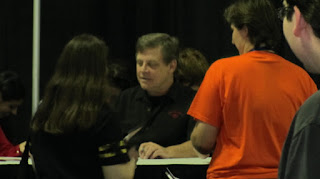 The highlight of Friday was meeting Luke Skywalker himself Mark Hamill.  Mark Hamill had a long line,as one could imagine, but it moved pretty briskly.  The other highlight of the day was hanging around artist alley and talking to the many creators that write and draw the books we love.  plus there are a lot of independents selling there books trying to reach out to a bigger audience.  It is always good to check them out as you might find something cool.  Plus you never know if you stumble upon the next big thing.  NYCC this Friday was pretty packed.  As could be expected they are expecting 100,000 people this weekend.  The DC booth had some pretty good signings and it was packed as well.  In all Friday was pretty awesome and Saturday looks even better with the Avengers making an appearance.  It is gonna be crazy.