Zombieland Series in the Works 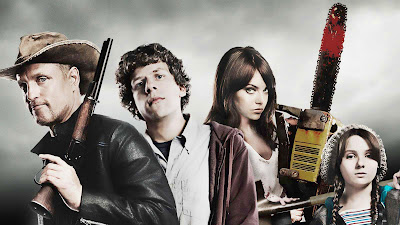 Writers of the 2009 movie Zombieland are working on a TV series with Fox Television.  The proposed idea has been shuffled around as early as 2005 but because of The Walking Dead's popularity, Fox seems interested in the project.  If the series happens it would kill the plans for a movie sequel that Columbia Pictures had been mulling around.

The series would follow different characters from the movie and be a half hour each episode with a special "Zombie Kill of the Week."

Email ThisBlogThis!Share to TwitterShare to FacebookShare to Pinterest
Labels: zombieland