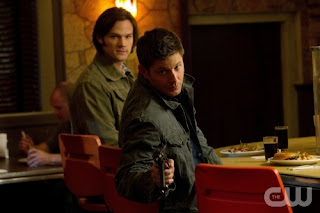 Two Leviathans have shape shifted into Dean and Sam and have gone on a killing spree.  Now the most wanted in the the real Dean and Sam must avoid being caught while putting a stop to the spree. 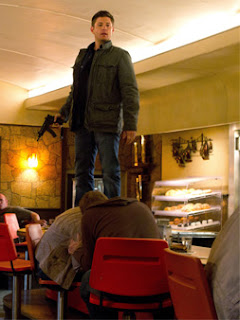 This episode has a fair amount of action and suspense as the Winchesters fight to stay free and stop the Leviathans which goes back to the question “How do you stop them?”  Well, Bobby has been working on this with the captured one from last episode.  The answer comes almost too easily but just in time for the Winchesters. Sam and Dean clean up the Leviathan mess and word spreads that the murder spree is over and they are dead.  Unfortunately duplicate Dean tells Sam what the real Dean did to his monster friend a few episodes back and the brothers go their separate ways again.

The season had been hinting at this reveal for some time but it appears by next weeks scenes it isn’t going to be a split that lasts long.  We have seen shape shifters before and this reminds the viewer of a couple of earlier episodes.  Still, the nod to Pulp Fiction and other crime movies is interesting but the dispatching of the Leviathans is a bit lame.
It is good to see Bobby and Jodi have more character time together.  We also get to see some more of what the Leviathans are up to with a confrontation between one of them and . 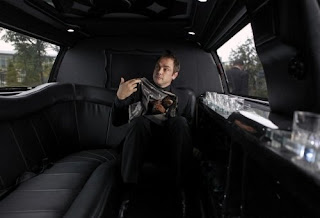