You lucky fans going to San Diego Comic Con look what the BBC America booth will have for you from its hit shows Sherlock, Orphan Black and Doctor Who.

ORPHAN BLACK: Exclusive T-Shirt $25
When did I become us? The first t-shirt released for BBC America’s hit original series Orphan Black will be available in Men’s and Women’s sizes S-XXL. The shirt features the iconic stick figure drawing from the show on the front and the title treatment on the back. 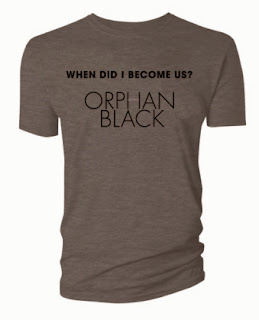 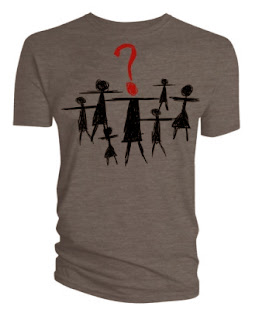 SHERLOCK: Exclusive T-Shirt $25
In 2012 BBC America Shop brought our first-ever exclusive Sherlock shirt to San Diego Comic-Con, and it was so popular that we sold out within our first day. This year we’re bringing a new design, with “Get Sherlock” printed on the front and the show’s title treatment on the back, for all the fans that missed their chance last year. Available in Men’s and Women’s sizes S-XXL. 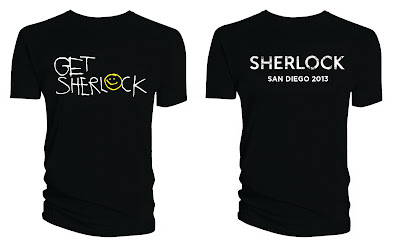 DOCTOR WHO: 50th Anniversary T-shirt $25
Why pick one Doctor when you can have them all? Celebrate Doctor Who’s 50th Anniversary with this exclusive t-shirt featuring every Doctor, from William Hartnell’s First Doctor through Matt Smith’s Eleventh Doctor. Available in Men’s and Ladies’ sizes S-XXL. 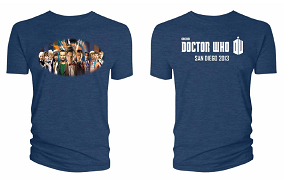 DOCTOR WHO: Modern TARDIS T-shirt $25
This exclusive TARDIS t-shirt design, winner of the BBC America Shop Fan Poll, will never go out of style- though we can’t confirm if it's bigger on the inside. Available in Men’s and Ladies’ sizes S-XXL. 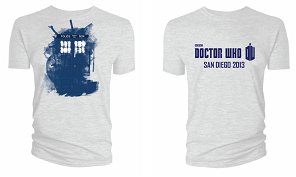 DOCTOR WHO: Tenth Doctor Tuxedo Vinyl $10
If you’re a fan of Titan Entertainment’s new line of Doctor Who blind box mini figures (designed by Matt Jones) then you’re really going to love this San Diego Comic-Con 2013 Exclusive Tuxedo Variant Tenth Doctor vinyl figure. Based on the Doctor’s look from the 2007 Christmas special “Voyage of the Damned”, this limited edition figure can only be purchased at SDCC. 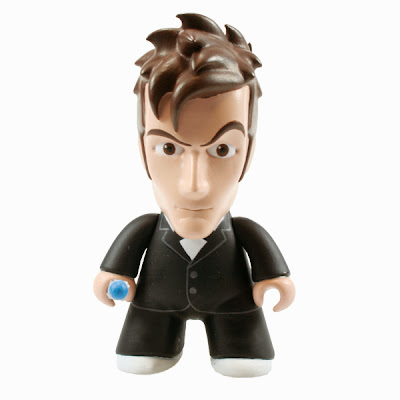 DOCTOR WHO: Tin Tote with First and Eleventh Doctor Action Figures $55
Three fan-demanded Doctor Who collectibles all rolled into one. This exclusive 50th Anniversary Tin Tote features imagery that spans the history of Doctor Who. Inside you will find 8-inch scale EMCE articulated action figures of the First Doctor and Eleventh Doctor in real fabric clothing, with detailed accessories such as the Sonic Screwdriver. Carry them wherever your intergalactic travels take you. 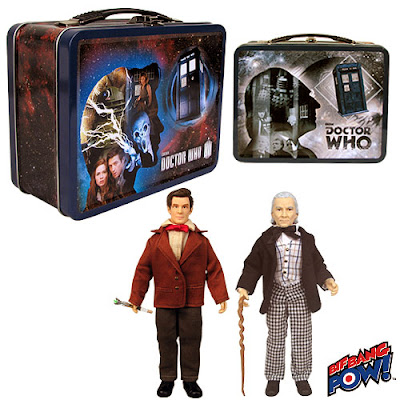 DOCTOR WHO: British Invasion Tote Bag $8
The Union Jack hasn’t looked this fetching since Rose Tyler wore it, and if there is anyone that knows their way around an invasion, it’s a Dalek. This exclusive tote is the perfect companion for any Comic-Con. 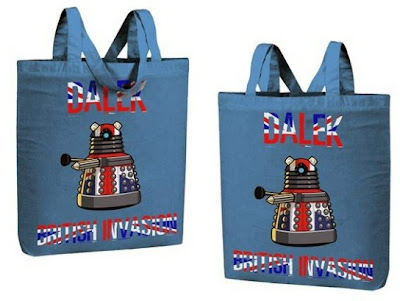 DOCTOR WHO: 50th Anniversary ID Holder $10
Another exclusive Doctor Who item in honor of the show’s 50th Anniversary, this ID holder is the next best thing to psychic paper.

DOCTOR WHO: 50th Anniversary Sonic Screwdriver Universal Remote Control $200
The 50th Anniversary Sonic Screwdriver Universal Remote is a strictly limited-edition gold and silver plated version of the Eleventh Doctor's Sonic. Supplied in a premium high quality presentation box, with a certificate of authenticity, each of the 250 units are individually laser-numbered. 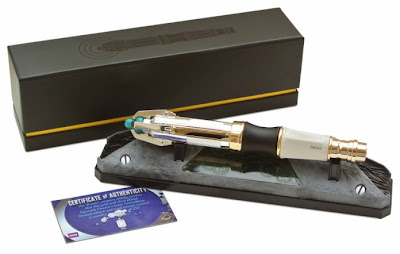 DOCTOR WHO: Ace from Remembrance of the Daleks $20
The Seventh Doctor first met Ace in the Iceworld trading colony on the planet Svartos. Ace was from Perivale on Earth in the 1980s; she hated her real name ‘Dorothy’, and instead rebelliously went by ‘Ace’. She had a dangerous aptitude for high explosives and never shied away from danger. A teen tearaway Ace matured considerably during her travels with the Doctor, encountering on the way many wondrous planets and places and a true menagerie of enemies, including Cybermen and even the Master. But it was against the Daleks on Earth in 1963 that she showed the most pluck by dispatching several of them with her trademark Nitro-9 explosives, an RPG and even a baseball bat enhanced by Time Lord technology (accessories included). 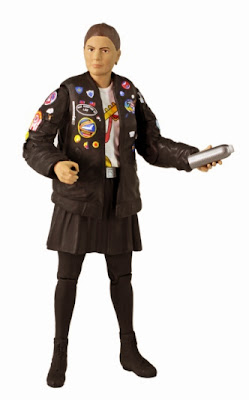