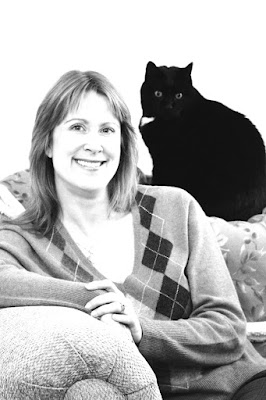 Dr. Shay Fabbro contacted us to do a couple of posts for The Knights Blog, as she loves our site, and we found out that she has a book coming out.  In fact that book comes today!!!  Her book is called The Chosen which is Book One of Portals of Destiny.   Luckily Dr. Shay Fabbro was kind enough to take time out of her busy schedule to talk to us and answer a few questions.


Tells us a little about yourself and how you got hooked on the geek culture?


I think it’s coded in my DNA. From a young age I was into bugs and nature, read fantasy (mainly Piers Anthony and Tolkien), watched the original Star Trek with my dad, and grew up watching movies like Legend, Labyrinth, Willow, Princess Bride, Dark Crystal. From there it was a fast spiral into geekdom and I’ve never looked back!


What were some of the authors that influenced your writing style?


Oh goodness, this is always a tough one since I am nowhere NEAR as good as my favorite authors so I always fear they’ll feel insulted ;) But I would have to say Tolkien for sure, Terry Goodkind, George RR Martin.


Tell us about your Young Adult series the Alexis Davenport Adventures?


Poor Alex finds herself in quite the teenage nightmare. Her dad left her and her mom penniless, forcing her mom to seek help from her sister who just happens to live hundreds of miles from away. Alex has to start her freshman year of high school at a new school (which would totally suck!), she can’t afford all the popular clothes any gadgets (she doesn’t even have a cell phone), and she somehow manages to make mortal enemies of the most popular girl in school. And she also sees the images of strange girls in mirrors. Her life becomes even more complicated when she travels back in time where her spirit inhabits the bodies of the girls she sees in the mirror. She learns that she must save us all from a mad man trying to change the past.


How did you come with the idea for Alexis Davenport and her gift for time travel?


LOL I love this question because I imagine that this is how many writers come up with stuff. I was getting ready for work (postdoctoral fellow at Anschutz Medical Campus in Aurora, CO) and I stared at my reflection in the mirror. I thought “Wouldn’t it be so cool if the image of me changed into someone else?” Not “Wouldn’t that be scary” which is how most normal people would react to imagining something like this happening. I bet many amazing books started out with the words “Wouldn’t it be cool...” 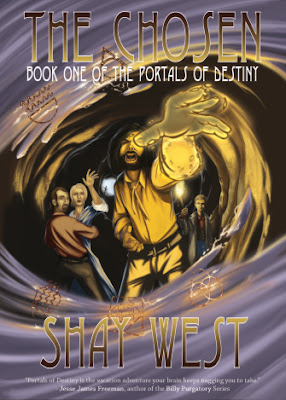 Describe for us the book that is being launched The Chosen which is Book 1 of Portals of Destiny?


The Chosen is a blend of sci-fi/fantasy and includes prophecy, alien worlds and alien creatures, magic, weapons, good guys, bad guys, sexy queens, evil magicians, gigantic machines, portals...everything you could ever want in an adventure story. The Mekans are enormous machines that strip-mine planets until they can no longer support life. Pretty scary huh? Never fear! Prophecy has dictated that a select group of aliens from four worlds will save us all! Whew, thank goodness for prophecy! Except that the ones who hold the prophecy sort of decide to take matters into their own hands and send four Guardians to the planets early to watch over the Chosen. This choice could be the death of us all.


What will the other two books cover?

The second book of the series (Shattered Destiny) will detail the adventures that befall our heroes as they travel to each other’s worlds to learn more about one another. Things have gone terribly awry, as the title suggests, and the Chosen must face more than the Mekans. The third book (Resigned Fate) will tie everything together and leave the reader pondering the age old question: is it fate or free will that dictates our destiny?


Will there be more adventures after book three?

Hmmmmm...well, there is something that happens in book 2 that could potentially lead to other books ;)  There is also a novella that will be published with Booktrope Publishing called The Mad Lord Lucian which explains a well-known Astran legend and a favorite saying that many Astrans use when surprised or horrified: “Great Lucian’s ghost!” or others close to that. I would also like to work on four novellas depicting what happens to the four Guardians the first time they are sent to their new worlds.


Where can we buy your books?


They are for sale through Amazon, Barnes and Noble, Apple, etc in both paperback and e-book format.


What type of geek show, movies and books do you enjoy to watch when you are not so busy?


Oh my goodness, what DON’T I like to watch! At the moment, I am watching Battlestar Galactica for the second time. I own a lot of those childhood favorites I mentioned before so I have been known to throw in Dark Crystal or Labyrinth when I need to just veg out. I also love watching stuff from Discovery Channel, like the Planet Earth and Life series.


What future books or stories do you have coming up in the future?


I have an idea for a murder/paranormal series where each book will be stand-alone but use the same detective. There’s also an idea for a YA series running amok in my head. Just gotta finish the Portals of Destiny and Adventures of Alexis Davenport!


At this point I would like to thank Dr. Shay Fabbro for her time and to talk to us and we wish her well with the launch of her new book The Chosen.  Here is a short bio and links for Dr. Shay Fabbro and her books.


Bio:
Shay Fabbro was born in Longmont, CO and moved to the town of Grand Junction, CO in the early 1980′s. She earned her Bachelor’s degree in Biology from Mesa State College (currently called Colorado Mesa University) before earning her doctorate degree in Human Medical Genetics from the University of Colorado Anschutz Medical Campus in Aurora, CO.
Dr. Fabbro currently lives in Grand Junction with her husband, Rich, and their two cats. When not writing novels, she teaches biology classes at Colorado Mesa University. She is the author of the Portals of Destiny series and the Adventures of Alexis Davenport series. She has also been published in the military scifi anthology, Battlespace.
Links:
Website
Facebook fanpage
Twitter
Book info:
Blurb:
Astra. Kromin. Volgon. Earth. To each of the four planets are sent four Guardians, with one mission: to protect and serve the Chosen, those unwitting champions of prophecy who alone can save the galaxy from the terrifying Mekans. But the signs of prophecy have not yet appeared, and the decision to send the Guardians early could doom all in the galaxy to death.
Series title: Portals of Destiny
Book title: The Chosen (Book One)
Link To Amazon

Answer this question and leave your answer in the comments with your Twitter @ name to win one of 3 autographed books!!!

What was the name of the machines that strip mine planets?