Doctor Who Comic Book Cover and Previews For January 4th 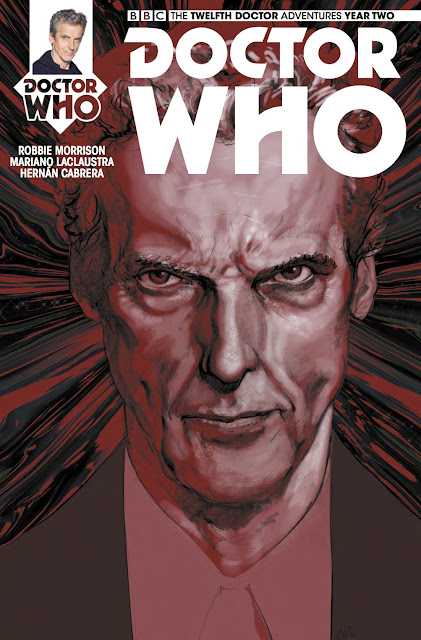 Out today are two Doctor Who comic books featuring the 12th and 11th Doctor and with the 11th Doctor it starts a brand new story arc.  You can buy these issues at your local comic book store. 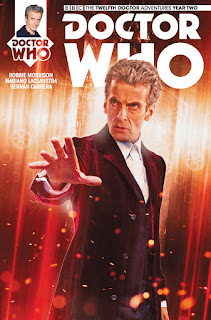 A French swordswoman, dark matter monsters, alternate universes, swashbuckling adventure and symbiotic intrigue - all just another Wednesday for the Doctor! But when you throw in secret police, an alien takeover of the aristocracy, a villainous Count, the inquisition, and alchemical discoveries...well, then it gets interesting! More breathless adventure and visual delight from the stellar Twelfth Doctor team! 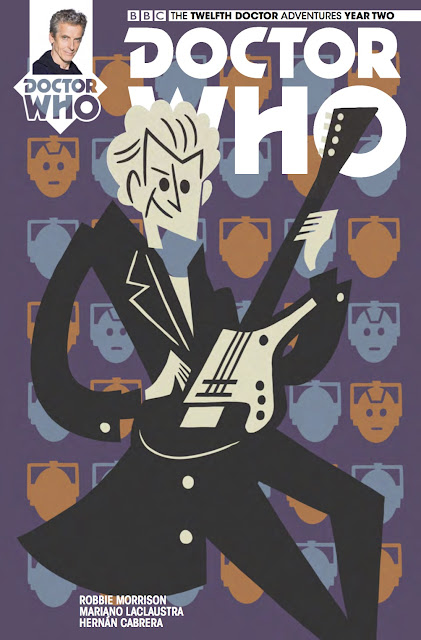 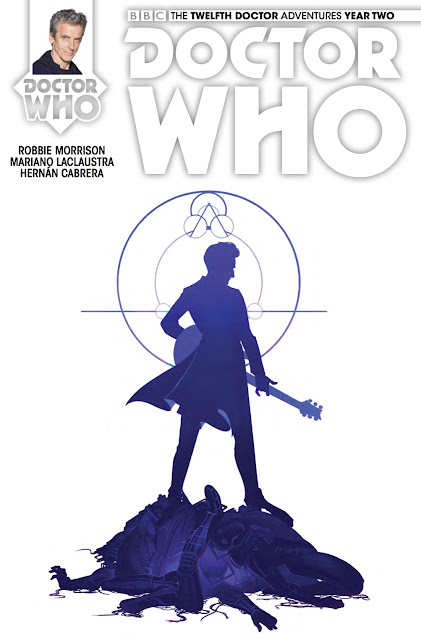 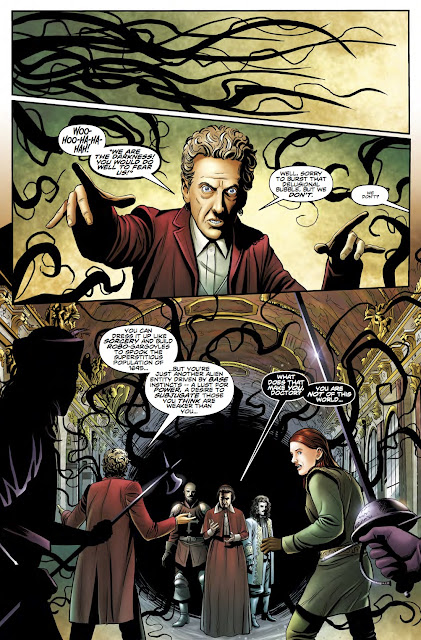 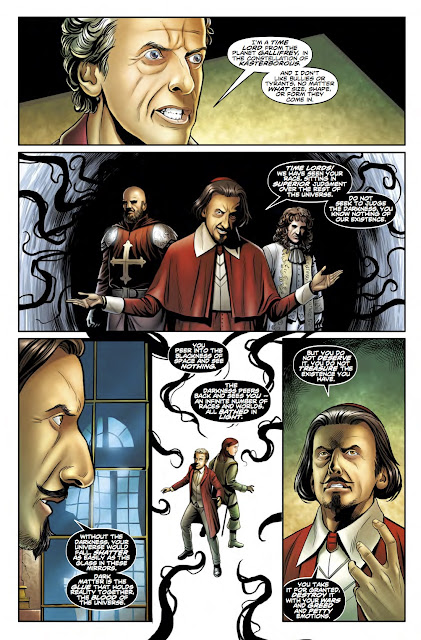 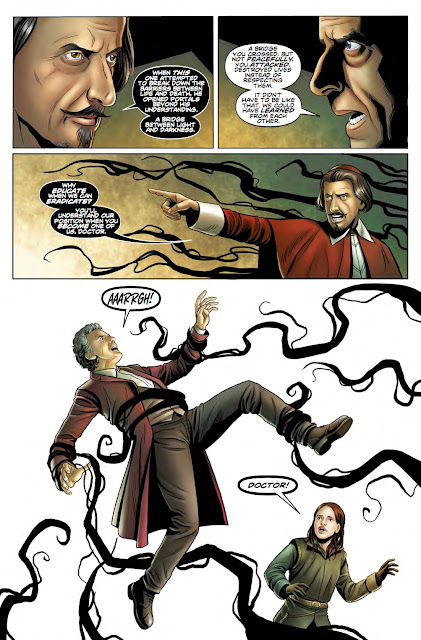 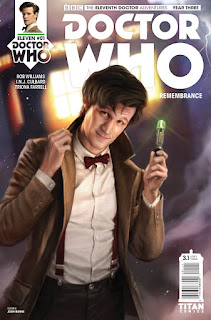 Year Three unfolds in single issue stories, as the Doctor and Alice Obiefune, seeking a fresh start after the stresses of last year’s epic mystery, set off in search of strange new worlds and amazing new sights! Every issue is packed with story and wonder! Dive deep into the unseen reaches of time and space!

Super-accessible jumping on point for new readers – come see what the fuss is all about! 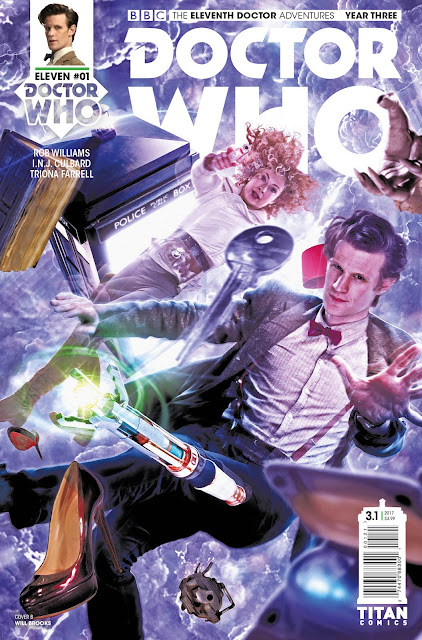 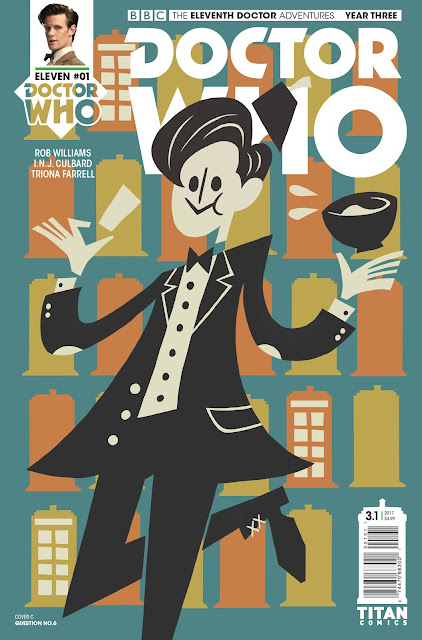 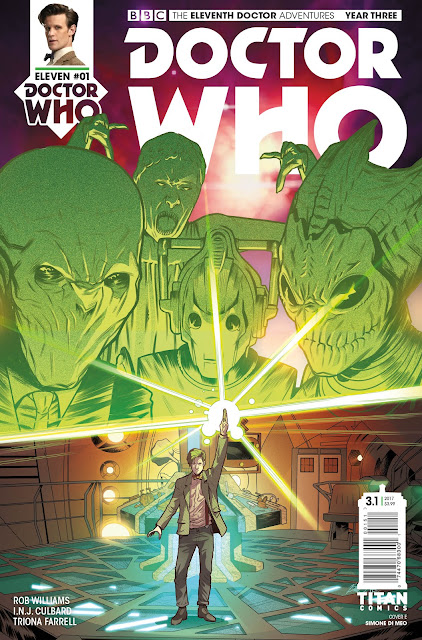 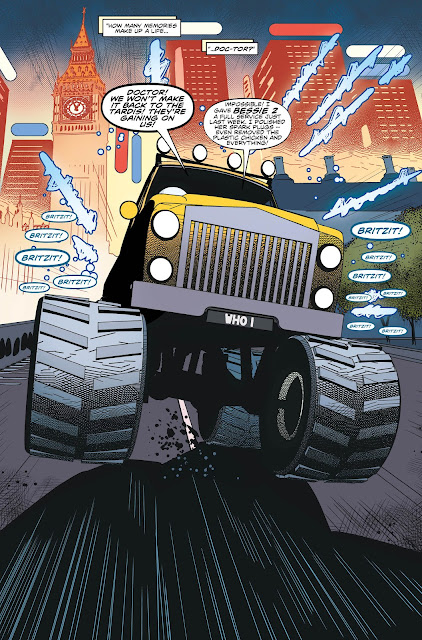 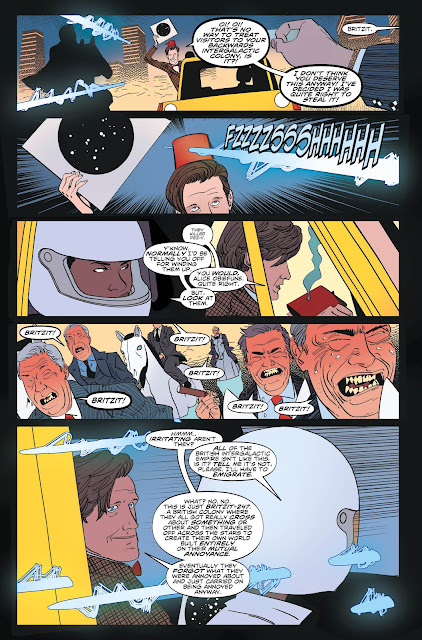