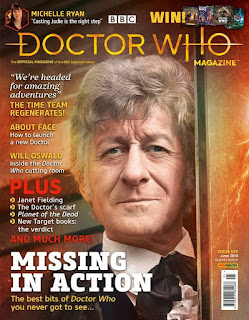 Previews, book and audio reviews, news, The Blogs of Doom, prize-winning competitions and much, much more!
Posted by DR5WHO at 8:06 AM