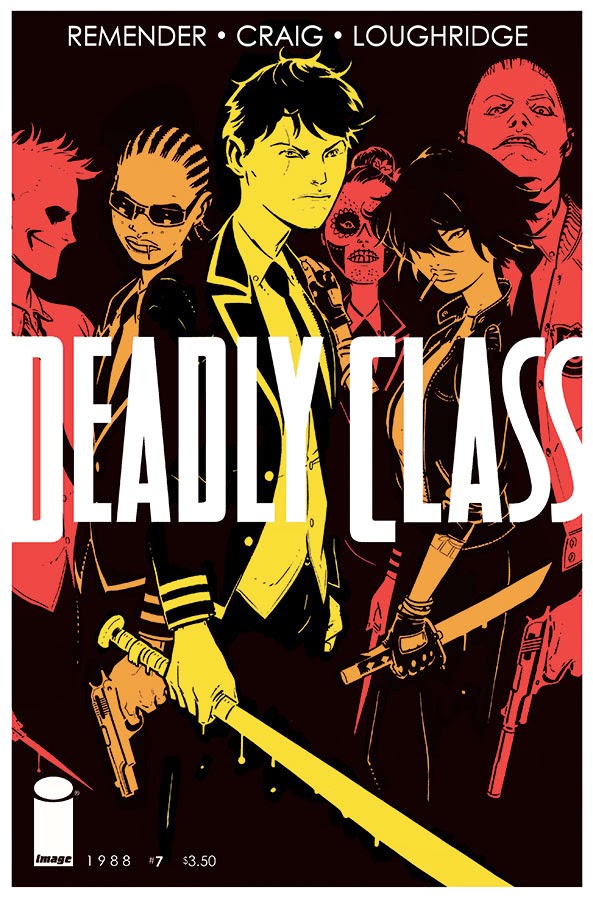 SUMMER BREAK’S OVER,
GET BACK TO DEADLY CLASS
Early artwork for the new story arc revealed

Bestselling writer Rick Remender (BLACK SCIENCE, Uncanny Avengers) and artist Wes Craig return with an all-new story arc of the bestselling ‘80s assassin school series in DEADLY CLASS #7. Jump in on the series that USA Today described as “a bit like The Breakfast Club but with really, really dangerous kids” and that C= omicVine called, “a crazy and intense series.”

DEADLY CLASS #7 begins in March of 1988, about four months after the harrowing events of issue #6, when the terrible ramifications of the crew’s actions come back to haunt them. After narrowly escaping death in Las Vegas, Marcus and his remaining gang return to Kings Dominion High School for the Deadly Arts. But they’re about to learn a hard lesson: blood begets blood, and no bad deed goes unpunished.