Doctor Who – In the Forest of the Night Review (spoilers) 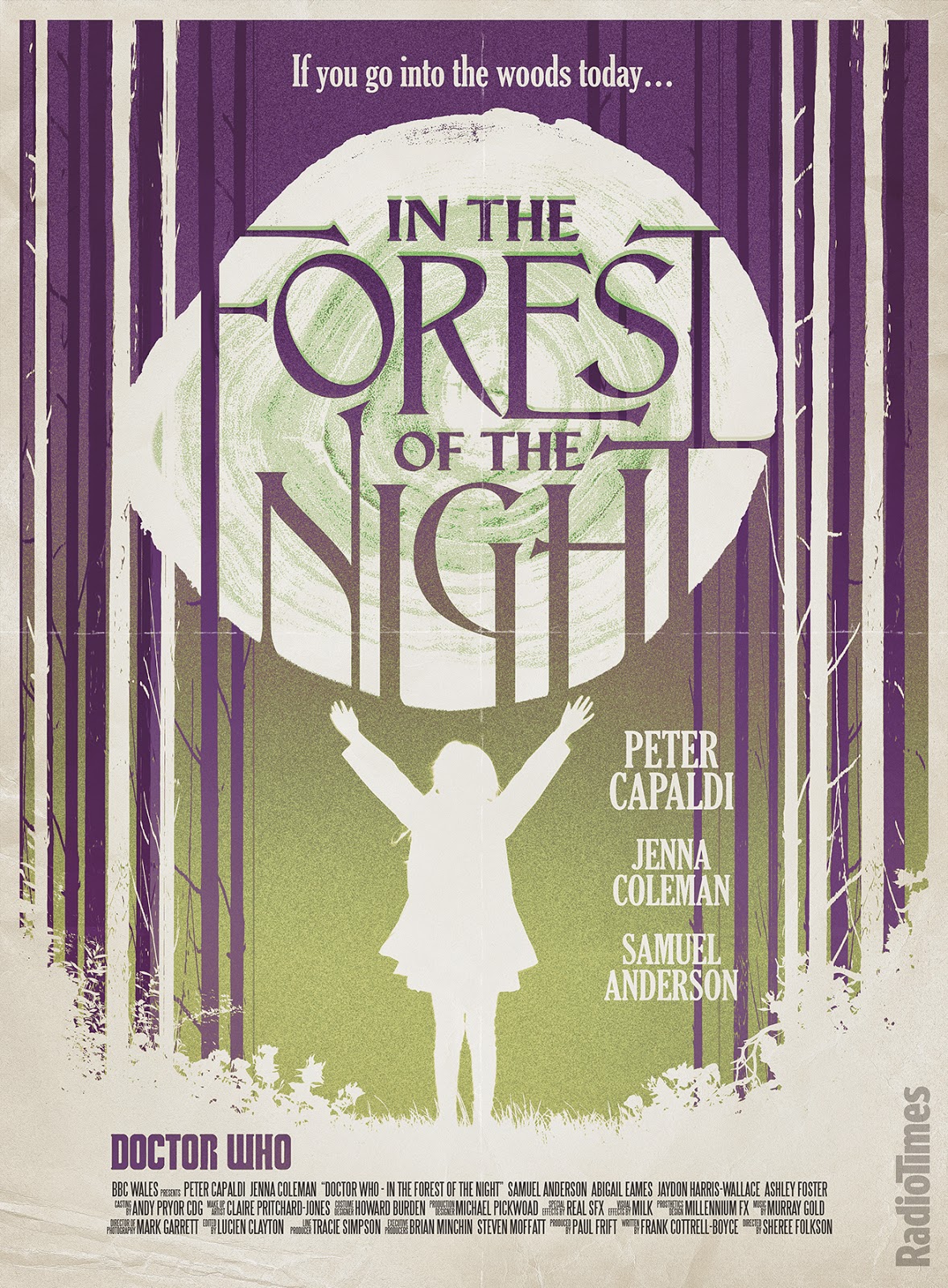 When fans watch their favorite TV show, sometimes they fight to see the best of a particular bad episode. Some fans like everything about their series while others are very critical. I think this year I have been critical but have also managed to see more good than bad. Overall this season has been a vast improvement of late and this is because the stories are concise, direct and less frantic. Peter Capaldi delivers a Doctor that is silly and jumping all over the place. He has an internal energy of wit and eccentricity that channels some of the best qualities from previous Doctors like Patrick Troughton and Tom Baker. This gravitas adds validity to each story and helps disguise some of each episodes shortcomings. “In the Forest of the Night” is and episode that has split fandom just as “Rings of Akhaten” did last season. You either hate it or love it. 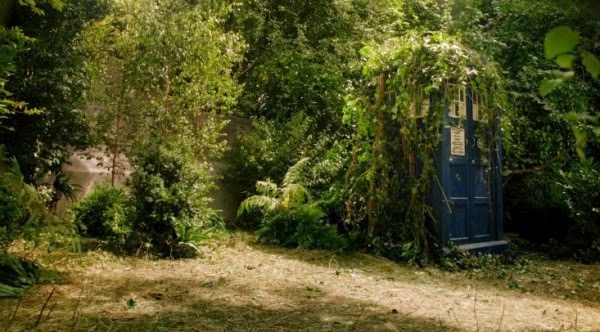 There are some bad and good in this story. First off, the script is packed full of too many ideas. We have the trees, growing overnight to protect the Earth from a coming solar flare. Beyond the science of this being rubbish (this is a fantasy idea for sure) the concept is neat and is an in your face commentary on Ecology and saving the trees. I love social commentary in TV series but usually not this spelled out. It is too obvious and simplified which makes the writing appear to be very juvenile.

In addition to that story line we have an extremely interesting character swap that comes to head with the Doctor and Clara and is the most powerful part of the episode. Clara had been becoming more like the Doctor of late, thinking of the big picture and not really seeing the forest for the trees. Danny Pink and the Doctor both pick up on several moments were she seems more interested in the adventure and less about the kids and the Earth being destroyed. Clara's belief that everything will be saved by the Doctor, in my mind sort of represents fans comfort with the series and the idea that the Doctor will always save the day. He doesn't in this one and is more of an observer yet again. He was an observer to a degree in “Kill the Moon”. Clara's belief is making her pompous and selfish and this
episode sort of knocks that feeling off kilter a bit. 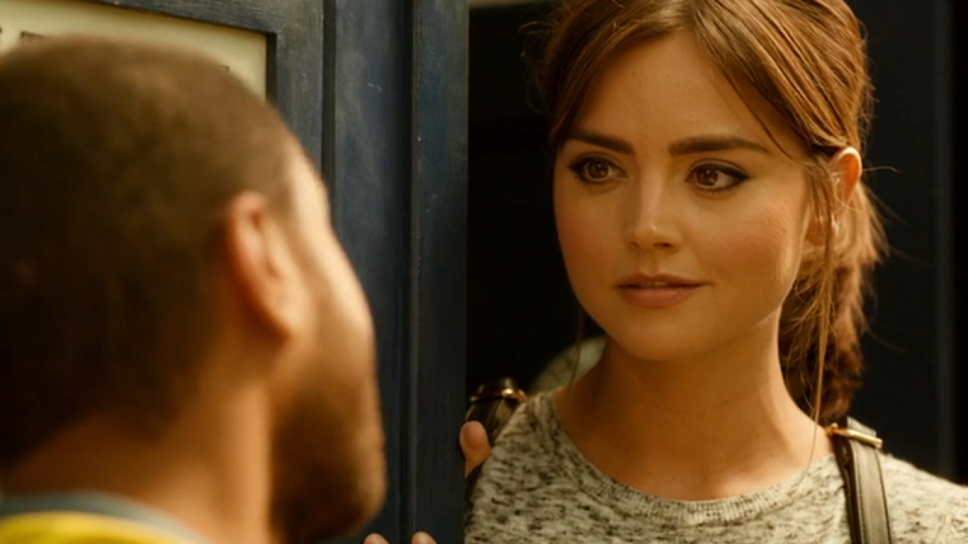 She then makes a more human (more Clara like) decision to stay with Danny and face the fate of all of the Earth and tricks the Doctor toward the TARDIS to get him to safety. She heroically wants the Doctor to leave the planet and save others. The Doctor, in his own twist, paraphrases Clara that he is just as part of Earth as we all are. This is a moving moment.

Clara seems to take a few steps back when after discovering things would be okay she wants to see the solar flare from space and Danny reminds her of what is really important. I believe that if Clara had finally grown as a character she would have taken him up on his idea and stayed with Danny but she didn't. The most confusing thing of Clara's character was not in this episode but in the trailer for next week (see below). 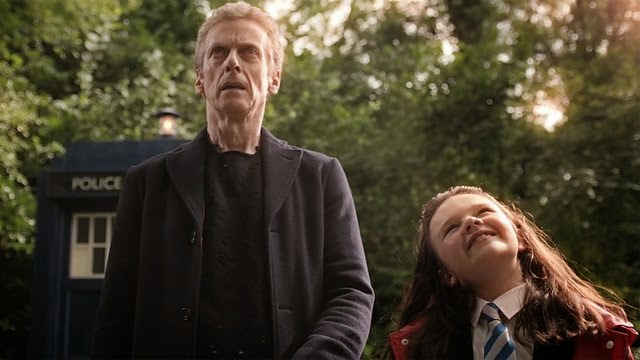 This episode has one of the Coal Hill School classes on a field trip. We get to see a bit of these characters, namely Maebh. This adds some good structure for the story and Maebh and how she sees more is well constructed even though it is a common plot device that Doctor Who relies on far too much. Still, the kids are a positive to the story line for the most part.  The Doctor and Maebh have some great moments together.

Maebh's mother seems out of place a bit. We have the entire kids having to see their mothers and this woman looking for her daughter which was yet another element added to the story. Maebh's lost sister returning is a plot point that was virtually lost on me during the first viewing. It is barely mentioned in several quick lines of dialog and really is an awkward stand out at the end when she returns home. Did the trees return her or on hearing Maebh's cel phone message, did she return? Why was this in the story in the first place? 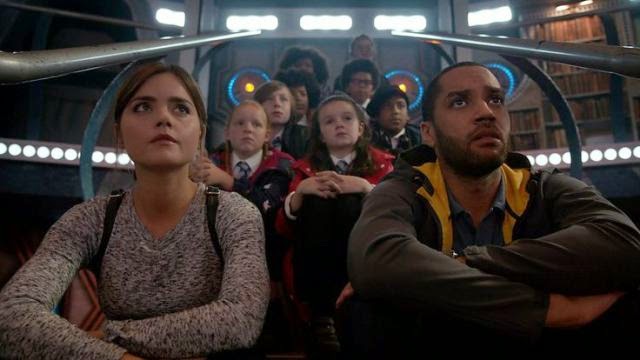 The escaped animals in the forest is another odd inclusion into the story. Apart from some danger and a couple of 'scary' moments, this did not fit into the story at all and was lost on me. More info on Maebh's sister and her mother might have been a stronger use of this time.

Other questions about this story arise. How could trees prevent a solar flare from destroying the Earth? Why would the government listen to a phone call from a little girl to not cut down the trees? Where were all the people? You would think that while most people would stay indoors, many would be wandering the forests. 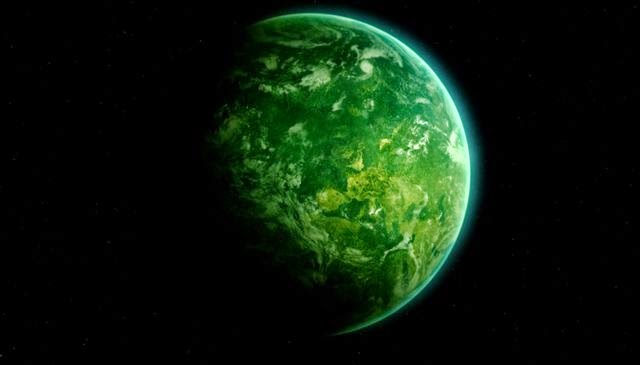 One of the biggest complaints for me was the memory of the human race. This has been a staple in Doctor Who forever and explains why an invasion of Cybermen, Autons, Yeti, etc is not talked about in other episodes. The new series has an annoying theme of bringing the danger to all the boys and girls. Taking the idea of the Autons and the plastic daffodils a step further, the new series loves the idea of everyday ideas and things and turning them into an alien invasion. The general public has had numerous encounters with aliens on a regular basis and has never really remembered it that much. We as Doctor Who fans have lived with this but in this episode, it addresses it yet again as something people will forget. It is a big reset button that has happened at least 14 times since the new series has been on and only the Doctor, companions, UNIT, Torchwood, Sarah Jane's helpers and the companion family members remember. It is a way to up the epicness of a story and go all out but the show rarely wants it to be part of the continuity and so ignores it for future episodes.

I can certainly see why someone wouldn't like this episode. I understand what it is trying to say with the ecology and giving Clara and the Doctor some good moments but there is enough things that fail that make this story not very good. It is unfortunate that some good effects, an interesting idea and some good character develop is lost in a forest of too much story and not enough consistency.

The trailer seems to allude to the idea that Clara is indeed a bad guy and the idea that Clara becomes Missy is an interesting idea. It seemed that Clara became more like Clara in this episode and unless she is taken over by someone in the next story (which seems obvious) we may see some justification for the people who have hated Clara because she is too different from the usual boring companions. Hopefully Clara is handled well and continues to show her originality and believability and doesn't become another boring copy cat. If she becomes bad (doubt it) it may still be very interesting.
Posted by SHADOKP at 1:53 PM

Email ThisBlogThis!Share to TwitterShare to FacebookShare to Pinterest
Labels: doctor who, In the Forest of the Night