Doctor Who - The Tomb of the Cybermen 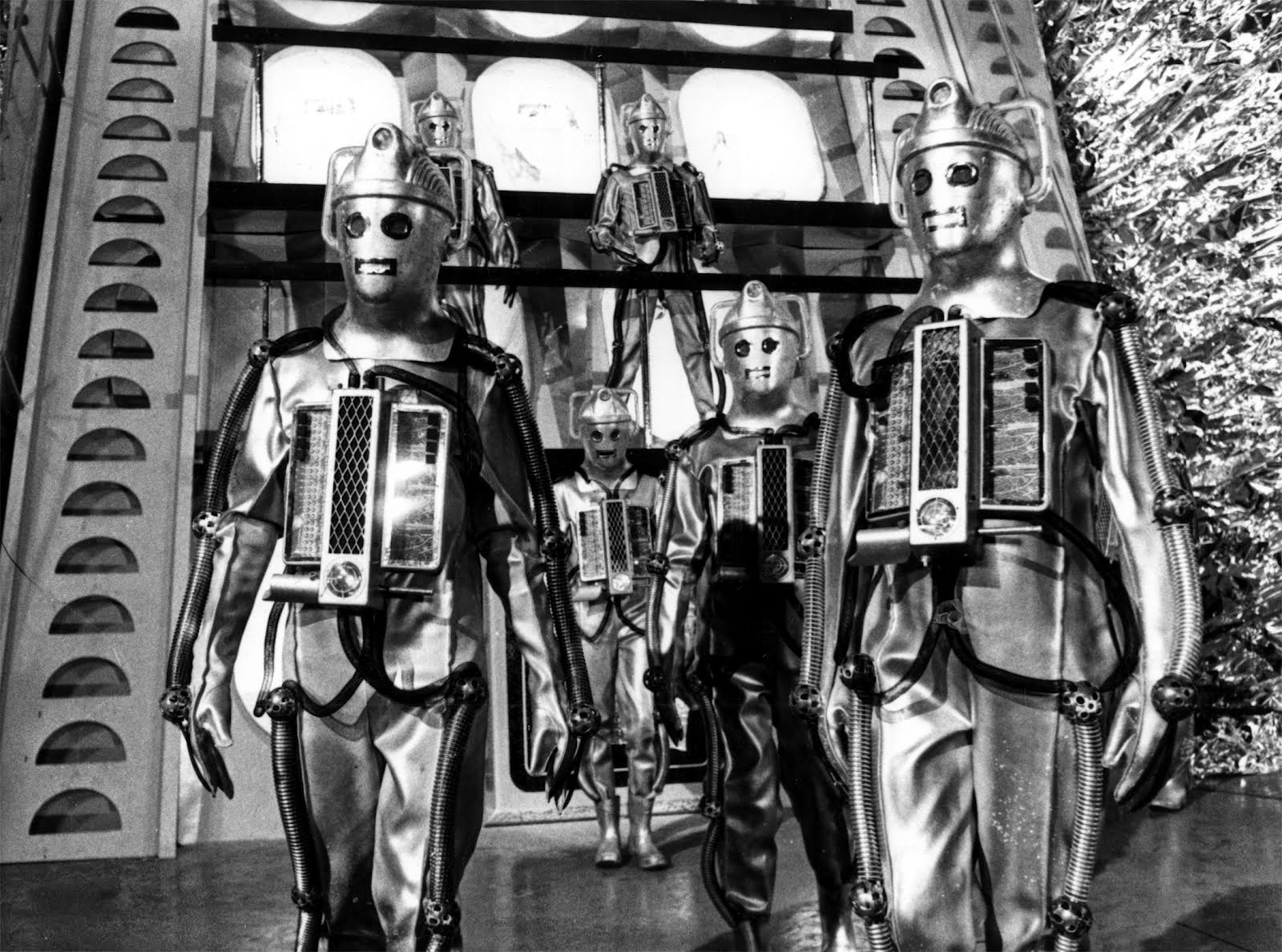 With the Cybermen returning this week The Gallifrayan Gazette decided to take a look back at some of the classic stories featuring the Cybermen.  Today The Tomb of the Cybermen.

Doctor Who:
The Tomb of the Cybermen
By Kit Pedler and
Gerry Davis

“Oh yes, I can when I want to. And that's the point, really. I have to really want to, to bring them back in front of my eyes. The rest of the time they sleep in my mind, and I forget. And so will you. Oh yes, you will. You'll find there's so much else to think about. So remember, our lives are different to anybody else's. That's the exciting thing. There's nobody in the universe can do what we're doing. You must get some sleep and let this poor old man stay awake.” 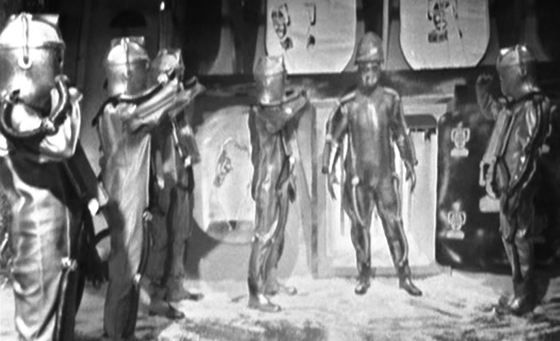 I remember when this story was found back in 1991 and was really excited to see this story as I had read the Target novelization way back in the 80’s and enjoyed it.  So when the VHS copy of the story was finally released in the US in 1992 I headed for the video store right after my college course was over for the day to purchase it and watch it that day and well the studies took a  back seat to my parents dismay.  Well there wasn’t a test to study for so the homework could wait an hour or two.

There was a lot of hype for this story and while some felt disappointed with The Tomb of the Cybermen I did not.  I really enjoyed this story and it is one of my all-time favorites.  What’s not to like it has Cybermen in it and it takes place in their tombs.  But some think the story did not live up to all the hype which generally can happen when a missing story is recovered as those who saw it before don’t think it was as good as they remember and those that have bought into the hype are equally disappointed.  But I fall into the camp that really enjoys the story and believe it is one of Patrick Troughton’s best. 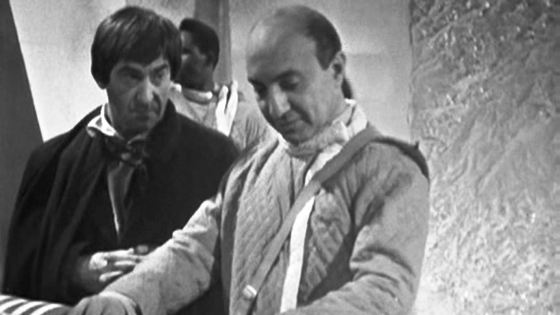 This story takes place on the planet Telos.  We learn that Telos is the Cybermen’s adoptive home planet as we know that their home planet of Mondas was destroyed when the 1st Doctor stopped them back in The Tenth Planet.  The Doctor, Jamie and Victoria, who is joining them on their travels after the events in The Evil of the Daleks, encounter an archeologist expedition who is in search of the lost tombs of the Cybermen who have died out centuries before.   There are lots of traps in the tomb like the first one they encounter before The Doctor arrives is the electrified door which claims one member of the exhibition.  With The Doctors quick thinking and use of logic they gain entry to the tomb and eventual get into the catacombs below where the Cybermen are not dead but sleeping.  What they slowly find out and realize is that the trip to Telos was not for archeology but to wake the Cybermen up and have them serve Eric Kleig and the Brotherhood of Logicians because they have great intelligence but no power and they hope that the Cybermen will ally them with Kleig.  This is not to be as The Doctor must now quickly come up with a plan to stop the Cybermen and Kleig and Kaftan and to save everyone from the Cybermen.

The Tomb of the Cybermen is the ultimate base under siege story as the base is under siege from within and by two groups.  First you have Kleig and Kaftan that want to free the Cybermen from the tombs and are willing to sabotage the rocket ship that brought them there to do it.  Then you have the Cybermen who want to capture the humans and make them Cybermen and they are trying to get them from deep inside the tomb.  This is a pretty good plot twist as The Doctor must defend from both sides and for a moment teams up with the Cyberleader against Kleig. 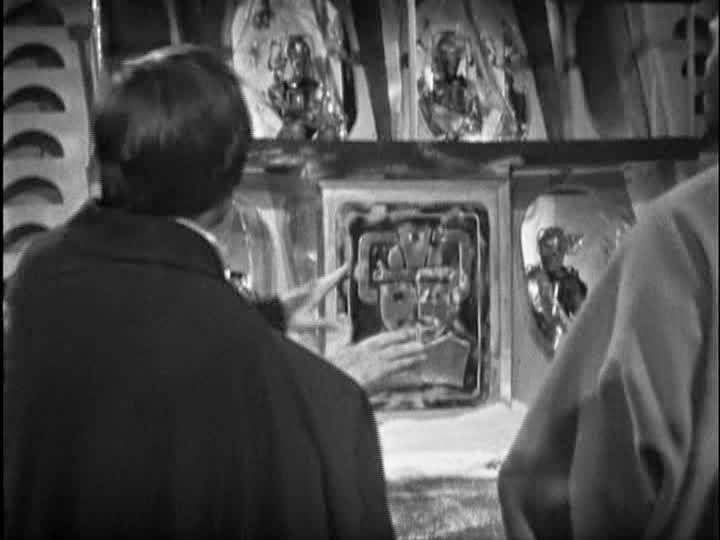 The Tomb of the Cybermen has one of the best cliff hangers in Doctor Who history.  At the end of episode two when Kleig activates the wakeup call for the Cybermen.  We see the Tombs light up and start to fill with activity as the Cybermen are awakening from their long sleep.  Then the Cybermen burst out of the tomb ripping the plastic that was keeping them sealed in.  The awaken Cybermen then proceed to open up the door that has the Cyberman seal on it which reveals the Cyberleader.  With frost on his face he looks at the humans and says, “You belong to us. You shall be like us.”  Now that is a pretty scary cliffhanger especially when they throw Kleig back after he makes his fool hearted appeal to the Cybermen.  That scene really sticks out to me and is one of the first things that come to mind when The Tomb of the Cybermen is mentioned in conversation.   It is just a classic scene that sends chills down your spine and makes you wonder how The Doctor will get out of this situation.  That scene is also a good example of what makes Classic Who so good is the cliff hangers and The Tomb of the Cybermen has a couple of good ones. 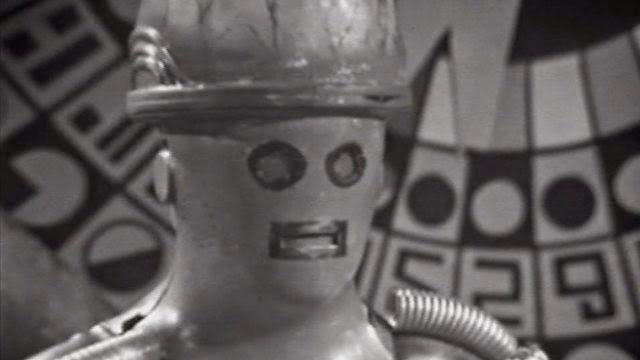 The Cybermats made their first appearance in The Tomb of the Cybermen and have made a few appearances since then most recently in Closing Time.  The Doctor has been back to Telos and the toms since then in the Sixth Doctor story Attack of the Cybermen where he has another encounter with the Cyberleader.  While that story is looked upon as a semi sequel to the much superior Tomb but in reality it shouldn’t be considered a sequel.

The Tomb of the Cybermen cemented the Cybermens as the other greatest villain for The Doctor and during the latter half of Sixties Doctor Who they were the go to villain as the Daleks were given a break as Terry Nation tried to get a show in the US for his creation.   It is one of the best stories to feature the Cybermen and one of the best stories during the Patrick Troughton era.  It is also one of my all-time favorite stories and is a true classic in Doctor Who.
Grade A

Email ThisBlogThis!Share to TwitterShare to FacebookShare to Pinterest
Labels: 2nd Doctor, Cybermen, doctor who, Patrick Troughton, The Tomb of the Cybermen